In tonight's episode, we see Angoori stealing the expensive necklace, the belongs to Vibhuti's mother. Find out the details inside. 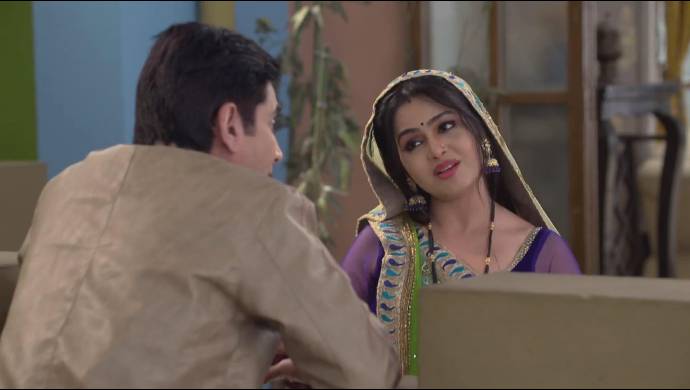 In tonight’s episode of Bhabi Ji Ghar Par Hain, we see Angoori sneaking into Vibhuti’s mother ‘s bedroom and stealing her expensive necklace. Vibhuti looks at her in utter disbelief. Vibhuti finds it hard to believe that Angoori has become a thief. Just as she leaves the room, Vibhuti hides away from her. Later, he wonders what circumstances have forced Angoori into stealing. After a while, Anita screams in horror after finding Vibhuti’s mother strolling in the kitchen. The latter says that she heard some noises coming from the kitchen and therefore she got up to find the source for the same.

Later, Vibhuti accuses Angoori of being a thief. Angoori denies stealing anything. Meanwhile, Vibhuti’s mother accuses Anita of eyeing the necklace and wanting to keep it for herself. Anita refuses to accept the accusations. She says that she was up in the night only to have a glass of water. Vibhuti’s mother, on the other hand, says that Anita is lying and that she was awake because she wanted to steal the necklace.

A while later, Anita starts crying because of the accusations put on her by Vibhuti’s mother. She wants Vibhuti to take her side and prove his mother wrong. On the other hand, Vibhuti says that he knows the whole truth but is however helpless as he doesn’t want to put Angoori in trouble. Meanwhile, Vibhuti’s mother asks Vibhuti to call the police. He says to himself that the police’s presence will create a scene at their house. Just then, Manmohan enters and asks what the matter is all about. Later, Manmohan is surprised to find the stolen necklace at his house. He gets to know that Angoori has stolen it from Vibhuti’s mother. Manmohan feels that Anita would feel bad if she finds out about it. He plans to keep the necklace back at Vibhuti’s house.

In the next episode, we see Vibhuti noticing Manmohan keeping the necklace back in his mother’s bag. He knows that this will cause trouble in Angoori’s life and swears to protect her from danger. What will Vibhuti do to save Angoori’s life? To find out, keep watching Bhabi Ji Ghar Par Hain exclusively on ZEE5.