In tonight's episode, Tiwari and Vibhuti dream of watching a movie with their favourite Bhabies but end up watching the movie with each other. 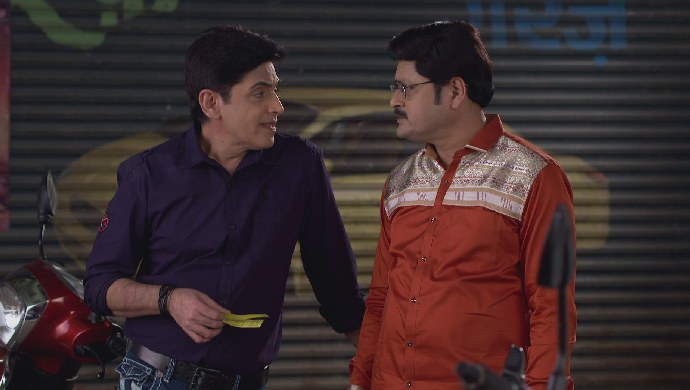 In the previous episode of Bhabi Ji Ghar Par Hain, Vibhuti and team travel to the border of Kanpur to handover the money to the commissioner. After coming home, Vibhuti learns the truth after watching the news. Happu Singh arrests everyone and tortures them to know about Satyaprakash’s location. A few moments later, the CID officer catches Satyaprakash and asks Happu Singh to leave Vibhuti and the others.

In tonight’s episode, Anita tells Vibhuti that there is a new film in the theatres named Dagabaz Bhauji and she wants to watch it. Vibhuti tells her that he does not like to watch such movies. On the other hand, Angoori requests Tiwari to take her for the same movie but even he says no to her.

In the evening, Vibhuti buys tickets from Malkhan for 1500 which was supposed to be sold at 1000 rupees. Later, Tiwari buys two tickets for 4000 rupees because Tilu wanted to take his revenge. After the tickets are bought, Anita and Angoori call Tiwari and Vibhuti that they cannot come with them to watch the movie. Having no other option left, Vibhuti and Tiwari watch the film together.

In the preview of the next episode, Tilu falls in love with a princess and he tells everyone that if they act as his family then he will pay them 1 crore each.

The Verdict: Elli AvrRam, Kubbra Sait Go Retro In A #FashionFlashback To The 50s