Saxena tells Vibhuti and Tiwari about a ghost which later attacks them at night. 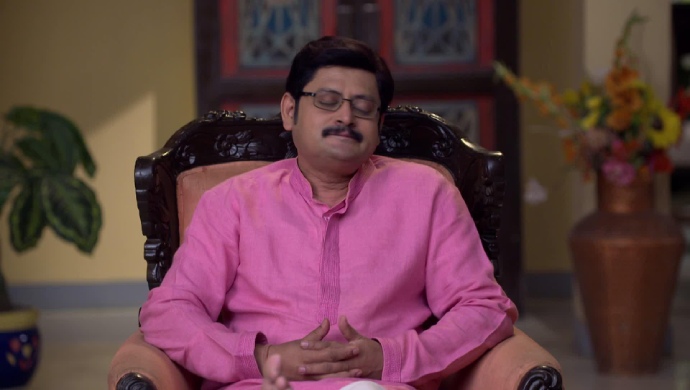 In tonight’s episode of Bhabi Ji Ghar Par Hain, Vibhuti gets stoned by the people, for misbehaving with Tiwari. Saxena steps in and offers a solution for Vibhuti. Tiwari and Angoori, dress up as Laila and Majnu. They dance in front of Vibhuti who can’t bear the heartbreak. He passes out and wakes up back as Vibhuti.

In the next episode, Vibhuti is speaking to Tiwari and Angoori. Saxena walks in and tells them that there is a ghost around. This ghost is of a woman who’s heart was broken by a man. Now she goes around beating up men in their bedrooms.

Tiwari and Vibhuti both claim to be unafraid of the ghost. However, when they are sleeping later that night both of them are attacked by the same ghost. How will they deal with this ghost? Stay tuned to find out.

Pankaj Kapur Opens Up About Toba Tek Singh, Calls It An Ongoing Quest