In tonight's episode, Tillu and Malkhan assure Tika, that they will celebrate his birthday. However, in truth, they do not have the cash to do so. 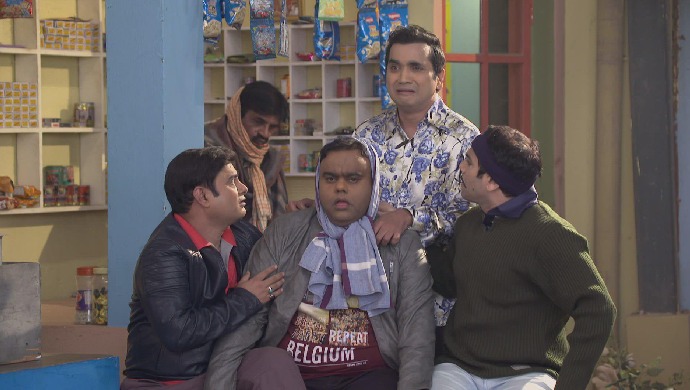 In the previous episode of Bhabi Ji Ghar Par Hain, Vibhuti and Anita order Happu Singh to arrest Tiwari and his mama Annu Awasthi, as they are the prime suspects. Later that night, two people from the Kachha banyan gang, set out to beat Vibhuti again. But this time, Anita catches them and she discovers that one of her college friends, is a part of the gang. The next day, Annu Awasthi tells Tiwari that he is heading home, as he is missing his family. While leaving, he orders Angoori to keep a check on Tiwari.

In tonight’s episode, Anita asks Vibhuti to control his expenses, because their monthly budget is exceeding with each passing day. The latter says that he’s not responsible for it as he does not buy any items for himself and only spends on grocery shopping.

On the other hand, Angoori tells Tiwari that she feels like having a party because they haven’t had one for a while. He says that he is facing losses in the business which is why it won’t be possible for them to have a party anytime soon. She gets upset and calls Amma to seek her permission for hosting a party. The latter tells her, that Pandit Ramphal advised Tiwari to not be a part of any party, as it will affect his luck.

The next day, Tika and Tillu realise that Malkhan’s birthday is approaching soon. They assure him that they will celebrate his birthday. But in truth, they don’t have the cash to do so. The two, then approach  Prem Chaudhary, but he refuses to help them.

In the preview of the next episode, Tika asks Tiwari and Angoori if he can host Malkhan’s birthday party at their place. But Angoori tells him that Pandit Ramphal has advised, them not to do so.

What do you think will happen in the next episode? Let us know your thoughts in the comments below. Don’t forget to add the hashtag #BhabiJiGharParHain.

Friday The 13th: 10 Horror Movies On ZEE5 We Dare You To Watch Alone