In tonight's episode, we see Teeka, Tillu, and Malkhan are falsely accused of stealing and put in jail. Find out the details inside. 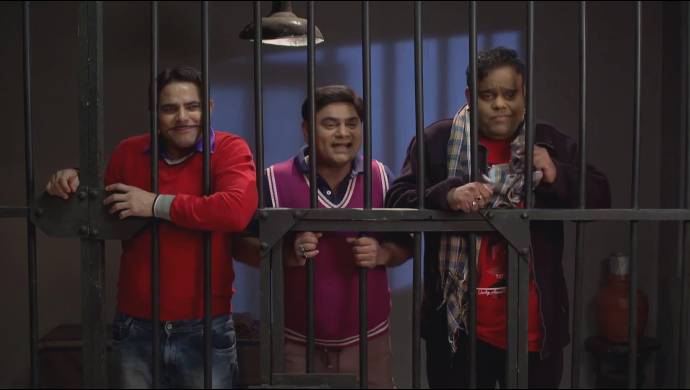 In tonight’s episode of Bhabi Ji Ghar Par Hain, we see Manmohan telling Vibhuti and his family to check their home for the necklace. He is confident that Anita would find the necklace in the bag itself. Anita goes in and brings Vibhuti’s mother bag and asks Manmohan to look for it himself. A while later, Happu is investigating the case of the stolen necklace at Vibhuti’s house. He accuses Vibhuti of stealing the necklace and he denies it immediately. Happu then asks Anita to not worry about the theft. The latter says that she isn’t worrying and instead asks him to put her in jail.

Later, Manmohan sings a lullaby for Angoori to make her sleep and sneaks away. Meanwhile, Vibhuti notices Manmohan sneaking into their house. The latter keeps the necklace back in Vibhuti’s mother’s bag. Vibhuti then picks up the necklace and sneaks inside Manmohan’s house to put it again in Angoori’s locker.

In the next episode, we see Vibhuti’s mother taking help of her doctor to find out who the real thief is. The doctor says that his mantra is so powerful that it will make the thief vomit. Just then, Anita starts vomiting. Will Vibhuti’s mother accuse Anita of the theft? To find out, keep watching Bhabi Ji Ghar Par Hain exclusively on ZEE5.