In the next episode, Happu Singh dresses up in red to see if Vibhuti attacks him and ends up getting kidnapped 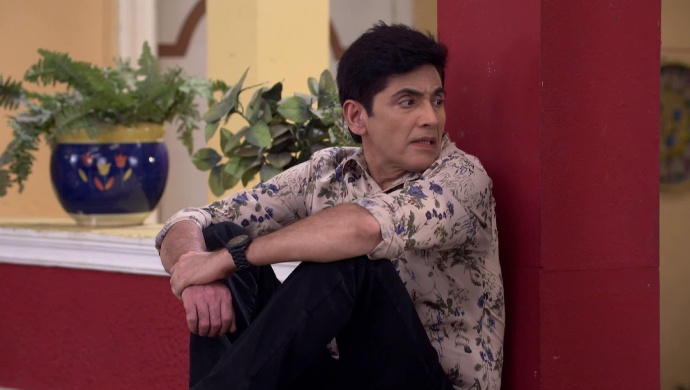 In tonight’s episode of Bhabi Ji Ghar Par Hain, Happu Singh registers a complain for the missing bride. Tika says he thinks Tilu and Malkhan kidnapped his wife. Meanwhile the doctor checks Vibhuti and says that he had no side-effect of being hit by a bull. Vibhuti then beats up the doctor for eating a red apple. Amma asks Angoori and Tiwari to remarry. When Vibhuti sees a sari salesman selling a red wedding lehenga to Angoori he beats him up too.

In the next episode, Angoori and Tiwari go to the police station. They inform Happu Singh that whenever Vibhuti sees something in red he gets excited and attacks it. Happu Singh asks for proof for their theory. They ask Happu Singh to sit in the doli and dress up as a bride. Happu Singh is getting bored when he sees Vibhuti as a bull in front of him. Will Vibhuti kidnap Happu Singh or will he get caught? Stay tuned to find out.