In the recent episode, Manmohan asks Tika, Tillu and Malkhan to capture Vibhuti and in return, he will pay them Rs 10,000. 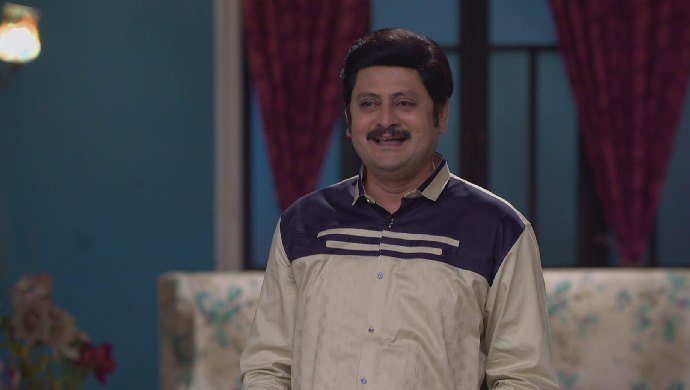 In the previous episode of Bhabi Ji Ghar Par Hain, Anita calls the doctor home and to know what has happened to Vibhuti. The doctor tells her that Vibhuti is having Banderiya which happens when a monkey bites a human. Next day, Manmohan calls Happu Singh to file a complaint against Vibhuti for attacking him again and again. Happu Singh assures Manmohan to leave it up to him because he knows how to control monkeys. When Vibhuti comes home, Happu Singh tries to talk to him in the monkey language but unfortunately, Vibhuti attacks him too.

In the recent episode, Tika, Tillu and Malkhan are seen walking in the jungle to catch monkeys. Manmohan meets them and offers them to pay 10,000 rupees if they catch Vibhuti.

Anita enjoys Vibhuti being a monkey and tells him that she will soon take him to a foreign country for treatment. Later, Manmohan comes to Vibhuti’s house and hints the trio to catch Vibhuti while Anita is not around. They take Vibhuti to a godown before leaving him in a jungle. Saxena comes there and frees Vibhuti. The moment Vibhuti sets free, he attacks Tika, Tillu and Malkhan.

Vibhuti goes to Manmohan’s house and attacks him while Manmohan is romancing with Angoori. Later that day, Vibhuti’s uncle calls Anita and tells her that he has finally completed the paperwork and now he is coming to Kanpur to do the remaining procedure. He also tells Anita that he is scared of monkeys and when he comes to their place, he doesn’t want monkeys around him or else he will cancel his plan.

In the preview of the next episode, Manmohan meets Vibhuti’s uncle and tells him that Vibhuti has become and monkey. He suggests his uncle take bananas and see how Vibhuti reacts.