In tonight's episode, we see Vibhuti's mother getting delighted upon finding her missing necklace. Find out the details inside. 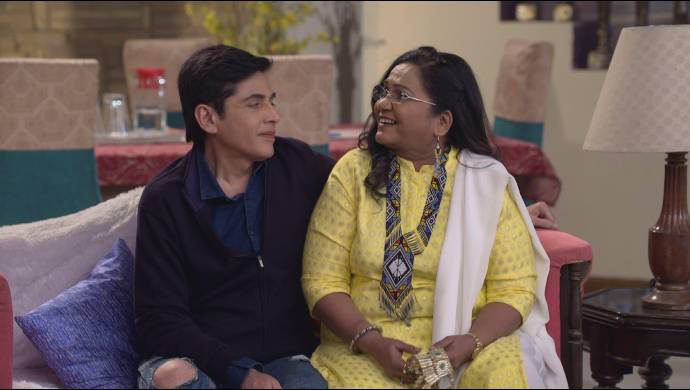 Later, Teeka, Tillu, and Malkhan are badly beaten in jail. Happu asks the constable to drive them to the jungle to make them confess to their crimes. Just then, Saxena Ji enters and says that he will be bailing the trio out. Teeka, Tillu, and Malkhan thank Saxena Ji for letting them out of jail. At Vibhuti’s house, Angoori notices that the missing necklace is in Vibhuti’s mother’s hands. She wonders how it got there. On the other hand, Anita asks Happu to put her in jail if she’s found guilty of the theft. She says that if the same is not the case, then she will slam a defamation case of Rs. 10 crore at them.

Meanwhile, Manmohan’s mother tells Angoori to steal the necklace again to save her own life. At the roadside tea stall, we see Saxena Ji informing Happu that it was Teeka, Tillu, and Malkhan that placed the necklace back in Anita’s house. Happu rushes to the police station with the constable.

In the next episode, we see Angoori stealing the necklace again from Vibhuti’s mother’s bag. Manmohan notices this and puts it back. On the other hand, Vibhuti swears that he won’t let Manmohan succeed in his evil plans. Will Vibhuti seek revenge from Manmohan? To find out, keep watching Bhabi Ji Ghar Par Hain exclusively on ZEE5.

5 Reasons We Cannot Wait For Valentine's Day To Watch #ShukranuOnZEE5