In tonight's episode, Anita dresses up as Angoori's father to save him from getting arrested by Happu Singh. 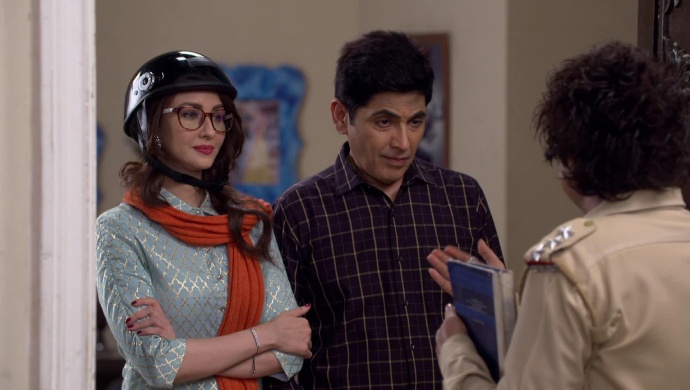 Her father asks Malkhan to bring him expensive alcohol which costs two thousand rupees. He asks Vibhuti to pay the money. Vibhuti only has two thousand rupees for the electricity bill, but gives it up for Angoori’s father. Will Anita find out about Vibhuti’s actions? Stay tuned to find out.