In tonight's episode, Vibhuti and Tiwari tell Tillu, Mlakhan and Tika to kidnap Gupta and force him to change his name to Ghatotkach. 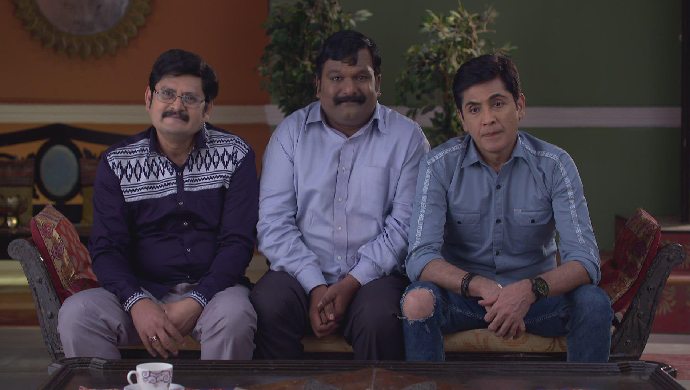 In the previous episode of Bhabi Ji Ghar Par Hain, Vibhuti and Tiwari are on their way to Kanpur when they get robbed for the second time. Just then, Vibhuti gets a call from Anita and he lies to her that he has come to meet a friend of his named Ghatotkach. Anita and Angoori decide to go to the address told by Vibhuti and find out that there is no person named Ghatotkach.

In tonight’s episode, Vibhuti and Tiwari pay money to Tillu, Tika and Malkhan and ask them to kidnap a guy named Gupta who had met Anita and Angoori earlier. Meanwhile, Vibhuti and Tiwari try to save each other by lying to each other’s wife and taking the blame on themselves. Unfortunately, Anita and Angoori hear this conversation and the plan fails.

Children’s Day Special: Check Out These Childhood Pictures Of Your…

Next day, a vegetable seller tries to misbehave with Angoori. Just then, a man comes there and thrashes the vegetable seller. Angoori thanks him and asks his name. He tells his name as Ghatotkach Muinuddin D’mello and also claims that he is one and only person who has such a unique name.

In the preview of the next episode, Gupta reveals that Vibhuti and Tiwari forced him to change his name from Gupta to Ghatotkach.