In tonight's episode, Tilu goes to commit suicide but instead falls in love with a girl who belongs to a rich family. 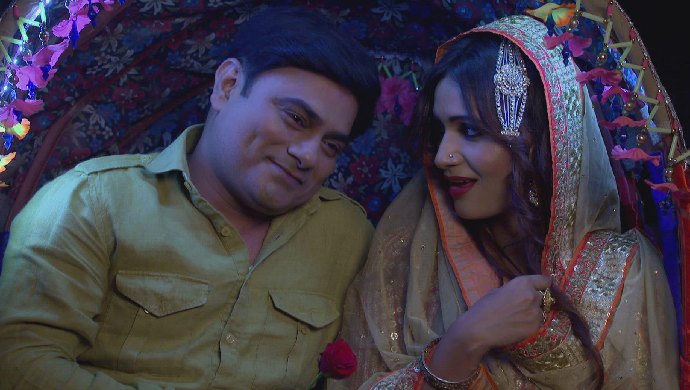 In tonight’s episode, Vibhuti and Anita are having ice cream with Angoori and Tiwari. Just then Tillu comes there asking for his salary from Tiwari. The latter refuses to give his money and kicks him out of his house.

Next day, Anita tells Tiwari that she did not like his behaviour with Tilu. A few moments later, Malkhan and Tika tell everyone that they found a suicide note written by Tilu. Saxena says that he saw Tilu going to the suicide point the previous night. Malkhan and Tika start beating Saxena. Tilu comes there and says that he went to commit suicide but there he met a girl who also came there to commit suicide because her parents were forcing her to get married to a guy of their choice.

Parchhayee: Ghost Stories By Ruskin Bond And Other Horror Shows We Dare You To…

13 Underrated Movies On ZEE5 That You Haven’t Seen, But Should!

Tilu tells everyone that he needs their help to get married to that girl and also says that she is the only daughter of a rich businessman. He says that they will have to act like a royal family and also mentions giving them 1 crore each. Hearing this, Anita and Tiwari agree to help him but Angoori and Vibhuti are still against it.

In the preview of the next episode, Vibhuti, Angoori, Anita and Tiwari are dressed in royal clothes as they welcome Tilu’s going to be father-in-law.