In tonight's episode, we see Kallu trying to win Angoori over. Details inside. 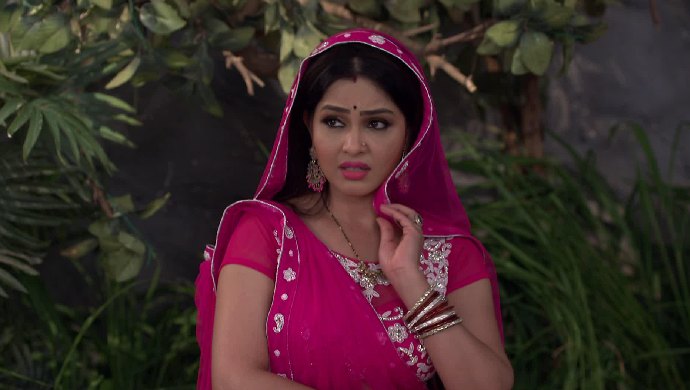 In tonight’s episode of Bhabi Ji Ghar Par Hain, we see Kallu, who has taken over and replaced Vibhuti, living in his house. During his first night, he starts to call Anita as his sister and promptly names her, ‘Anu Sis’. This irritates her to no end and she begins to cry. The next day, Kallu goes over to his neighbour’s house and holds Angoori’s hand quite tightly. In his heart, he realizes that he has fallen in love with Angoori Bhabi and asks Tiwari , to go and hold Anita’s hand in return for this.

Later, Tiwari lands up at Anita’s house and imagines himself professing his love to her. In return, Anita in his imagination gives him a tight slap. Tiwari comes out of his reverie and calls out for Anita. When she hears about the hand -holding debacle that happened in the morning, she shares her own heartbreak with Tiwari and tells him that her husband, someone who promised to stay with her forever, has decided to think of her as his sister.

In the evening, the two men are seen drinking in Tiwari’s backyard. That is when Kallu tells his neighbour, that he is well aware of all that is going on in Tiwari’s mind. Adding to this, he also tells him that he (Kallu) has fallen in love with Angoori, and she has made a place in his heart for life. He threatens Tiwari to give up Angoori and go to Anita, whom he has been in love with, for the longest time now.

In the upcoming episode, we see Kallu and Angoori dancing around each other in the garden while a romantic song plays in the background. What do you think happens next? Share your thoughts in the comments section below and catch the latest episodes of Bhabi Ji Ghar Par Hain exclusively on ZEE5.