In tonight's episode of Bhabi Ji Ghar Par Hain, Anita and Vibhuti have an argument and they decide to live separately. 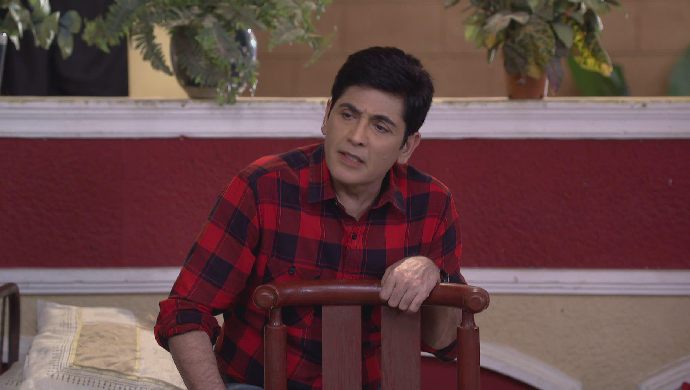 In the previous episode of Bhabi Ji Ghar Par Hain, Vibhuti’s uncle comes from the US to give his property to Vibhuti. He informs Anita that he is afraid of monkeys and asks her to keep them away. Despite knowing that Vibhuti has turned into a monkey, she assures him that there won’t be any problem. Manmohan sees Vibhuti’s uncle with Gulfamkali and tells him that Vibhuti has turned into a monkey and they are trying to hide it from him.

In tonight’s episode, a vegetable seller asks Vibhuti to first clear his outstanding amount and only then come to buy vegetables. Anita hears this and asks Vibhuti where did he spend the money that she used to give him to buy grocery. Vibhuti puts the blame on Anita by saying that he spent it for her fruits.

On the other hand, Manmohan gets angry on Angoori for spending 50,000 rupees as a monthly expense. When Angoori tells this to Amma, she decides to scold Manmohan. Anita and Vibhuti have an argument over the topic of spending money and they come to the conclusion that both of them will live separately. Vibhuti packs his bags and settles down in the veranda of their house.

In the preview of the next episode, Manmohan gives 5000 rupees to Angoori and asks her to manage the expenses within the amount. Anita asks Vibhuti about the kitchen utensils as she is not familiar with the kitchen.