In tonight's episode, we see members of Model Colony taking part in the Tehzeeb competition. Find out the details inside. 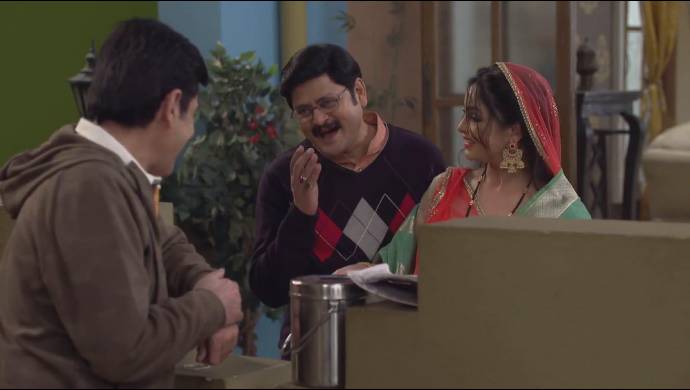 In tonight’s episode of Bhabi Ji Ghar Par Hain, we see Saxena Ji talking to a mysterious man, whom he calls Chacha. He says to him that Chacha’s arrival will take Model colony by a storm. Chacha agrees with the same and decides to make an appearance. On the other hand, Meenal tells Anita to take control over Vibhuti’s life. Just then, Vibhuti enters and starts to argue with Anita. The latter stoms away crying as she’s had enough of Vibhuti taking his mother’s side. Vibhuti shouts at Meenal for creating a rift between him and Anita. To this, Meenal says that she doesn’t come here to cause fights between the two. She then orders Vibhuti to make her a cup of coffee.

Meanwhile, Manmohan tells Angoori that he won’t be taking money from Angoori’s father, as the latter will humiliate him. Angoori tells him that she will be praying to god. She then asks Manmohan to sleep. Later, Angoori tells Vibhuti that she will be singing a Ghazal at the Tehzeeb competition (to judge the most well-mannered person). Vibhuti asks her to present something before him. Just then, Manmohan enters. Vibhuti tells him that he hasn’t seen anyone as rude and ill-spoken as Manmohan. Anita notices this and asks Vibhuti to speak kindly. She then hands over a newspaper to Vibhuti. Manmohan reads the newspaper aloud and says that there’s going to be a Tehzeeb competition. He announces that the winner is going to be rewarded with Rs. 1 lakh. Both Manmohan and Vibhuti then pretend to act friendly with each other. At the tea stall, the doctor asks Teeka, Tillu, and Malkhan to behave themselves.

In the next episode, we see Chacha announcing that he’s going to reward Rs. 25 lakh to anyone who acts the most mannerless, throughout the week. Manmohan asks Angoori to behave rudely. On the other hand, Anita tells Vibhuti that she desperately wants to win the prize. Will Angoori and Vibhuti follow their orders? To find out, keep watching Bhabi Ji Ghar Par Hain exclusively on ZEE5.