In the next episode, Vibhuti tells Angoori that to learn more music he will have to take her to Mysore Garden to teach her. 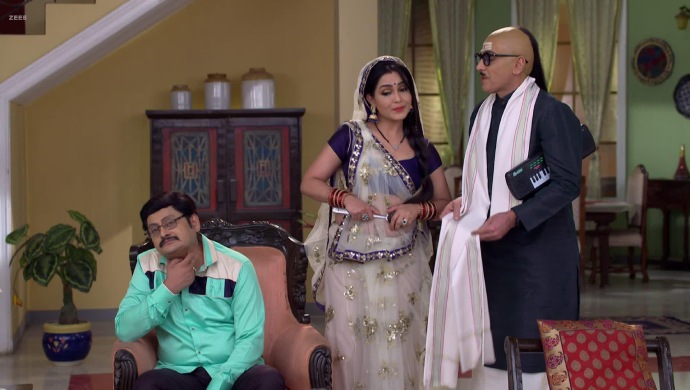 In tonight’s episode of Bhabi Ji Ghar Par Hain, Angoori feeds Tiwari Idli and Dosas which he doesn’t like. She says her music teacher suggested it. When the music teacher shows up Tiwari takes him to Anita’s house to teach him music. Later Anita sees Vibhuti going behind the bushes and returning dressed as the music teacher. Meanwhile, Happu Singh arrest the school master because he heard some South Indian person was causing problems.