Angoori is passing by and sees Vibhuti dancing in the courtyard, since she has Vibhuti's soul, she stops to see him. 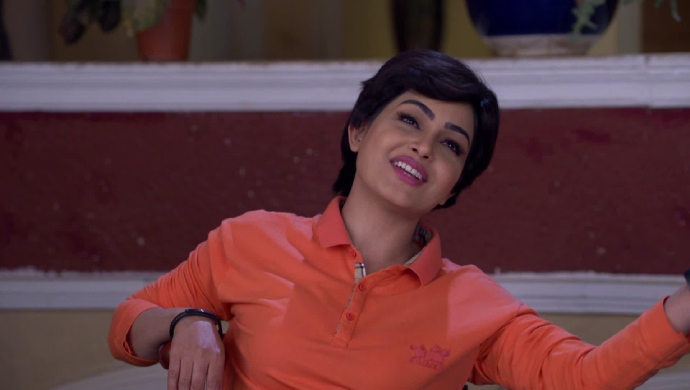 In tonight’s episode of Bhabi Ji Ghar Par Hain, Tiwari meets the Baba and finds out that its only after two days will he be able to correct the mistake. Tiwari decides to spend the night at Vibhuti’s house leaving Angoori alone. She complains to Amma who also behaves weirdly with her because she looks like Vibhuti. Meanwhile Angoori’s father arrives to celebrate his daughter’s birthday. But he is shocked to see that Vibhuti is his daughter.

In the next episode, Angoori asks Tiwari if she should buy a new chifon sari for herself on her birthday. Tiwari is upset and doesn’t respond. Later Vibhuti is passing by and sees Angoori dancing in the courtyard. Vibhuti, whose soul is in Angoori’s body, stops and stares at her like he used to before. Stay tuned to find out how Angoori celebrates her birthday as Vibhuti.