In tonight's episode, we see Anita asking Vibhuti to misbehave as she desperately wants to win. Find out the details inside. 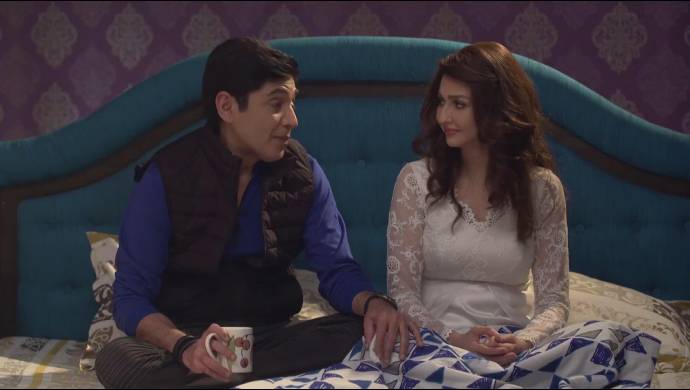 In tonight’s episode of Bhabi Ji Ghar Par Hain, we see members of the Model Colony, participating in the Tehzeeb competition. Anita says that they should sing a soulful song, to leave a lasting impression. Vibhuti thinks that it’s a great idea and everyone begins to sing together. Meanwhile, Anita gets a dream where she’s an old mother-in-law, being thrown out of the house by her daughter-in-law. Anita regrets making Vibhuti’s mother go away. She asks Vibhuti to phone his mother and call her back. Vibhuti tells her that he will call his mother but asks her to get ready for the Tehzeeb competition. On the other hand, Manmohan says that he will be winning the reward as he has spoken to everyone kindly. Angoori agrees with the same. Manmohan then tells her that after he wins the reward, he would be getting rid of Agarwal by paying the latter off. Angoori says that if he doesn’t win the award, she will win it for him. To this, Manmohan replies saying that he doesn’t care about who wins, it’s the money that matters to him.

Later, everyone from the Model Colony is gathered to know who has won the Tehzeeb competition. They wait for the winners to be announced. Manmohan prays that he should be declared as the winner. On the other hand, Angoori is confident that Manmohan will take home the trophy. After a while, Chacha announces that he’s going to reward Rs. 25 lakh to anyone who acts the most mannerless, throughout the week. Meanwhile, Anita tells Vibhuti that she desperately wants to win the prize and asks the latter to misbehave so that they can get rich. She then goes off to sleep, fuming, while Vibhuti is lost in deep thoughts.

In the next episode, we see Angoori humiliating Vibhuti for his constant chatter. On the other hand, Anita snaps at Manmohan, much to the latter’s horror. She then insults Manmohan’s mother. Catch all the episodes of Bhabi Ji Ghar Par Hain exclusively on ZEE5.