In tonight's episode of Bhabi Ji Ghar Par Hain, Vibhuti sees Tiwari buying scooty for Angoori and tries to convince her to not ride it. 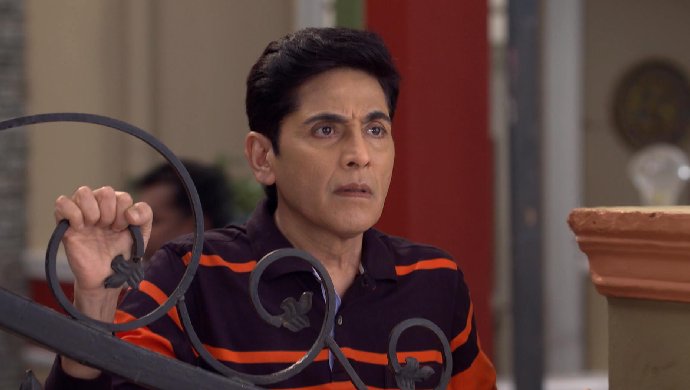 In the previous episode of Bhabi Ji Ghar Par Hain, Vibhuti and Tiwari again pay money to Tika, Tillu and Malkhan and ask them to kidnap Gupta. This time they ask Gupta to tells his real name to Anita and Angoori. Next day, Gupta reveals his true identity and tells the ladies that Vibhuti and Tiwari forced him to change his name. Anita asks Vibhuti why did he lie. Just then Happu Singh comes home and tells Tiwari and Vibhuti that he found their belongings from a group of robbers.

On the other hand, Vibhuti and Prem go to have drinks and fall short of water. They go to a nearby ashram and ask for water from a baba. The baba gets angry and scolds Vibhuti for asking water for having drinks. He then tells Vibhuti that a person named Angoori is going to die in a road accident. Vibhuti gets scared and goes home to make sure that Angoori is safe.

Coldd Lassi Aur Chicken Masala Review: A Cute Romcom That Goes To The Heart, Via…

Later that day, Vibhuti sees Tiwari buying scooty for Angoori and tries to convince her to not ride it. The latter refuses saying she is not going to hear anything. Vibhuti goes to meet Tika, Tillu and Malkhan and finds out that Tillu’s friend has left a car and the three are planning to teach him how to drive.

The Good, Bad And Funny: Know The Types Of Men On Indian TV This International Men's Day