In the next episode, Vibhuti holds court in his house where everyone tries to get back the money he owes them. 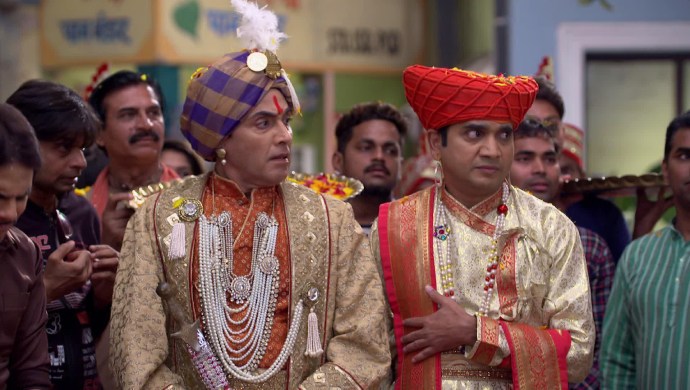 In tonight’s episode of Bhabi Ji Ghar Par Hain, Tiwari doesn’t believe Vibhuti is a king. When Vibhuti enters the colony dressed as a king with Saxena as his minister, Tiwari insults him. Later, Angoori tries to find out if Vibhuti has actual blue blood. Saxena tells Vibhuti he has no more money to live like a king. Anu makes fun of Tiwari for not being from a royal family when he visits their house.

In the next episode, Vibhuti is holding court in his house. Tika, Tilu and Malkhan ask him for 500 rupees. Vibhuti gives them 500 rupees. Everybody chants Vibhuti’s praise for giving away money. Prem Kumar tells the king that he had a friend Vibhuti who was poor earlier. Prem Kumar had given 5 lakhs to Vibhuti as a loan and wants his money back. The King, Vibhuti, refuses to help Prem Kumar and people don’t cheer for him. Stay tuned to find out how many more people Vibhuti owes money to.

EXCLUSIVE! Sonam Nair: Working On Kaafir Was Like A Hardworking Holiday