In tonight’s episode of Bhabi Ji Ghar Par Hain, Anita turns into a dog and bites Vibhuti. Find out details inside. 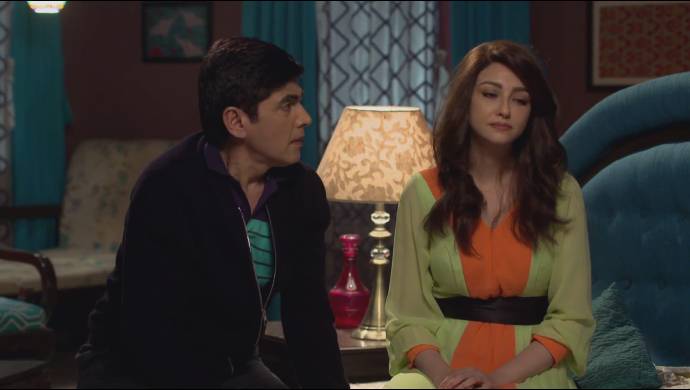 Then we see, Vibhuti talking to Manmohan, and Angoori observing this, while standing in front of their house. Angoori says that Manmohan has to get going by 4 pm instead of 1 pm. Manmohan says that he is tired of Babaji, as he keeps changing the time every now and then. Angoori asks Manmohan to respect what Babaji has to say, and follow his instructions. Later in the episode, we see Vibhuti telling a doctor, that his wife Anita, bit him yesterday. The doctor says that the rabies vaccine, which he had given to Anita, must have proved to be ineffective. He further says that the injection must have been a duplicate one, just like other medicines available in the market. Vibhuti is worried that Anita might transform into a dog.

Later, we see Angoori beating up Vibhuti at the Dhobi Ghat. Vibhuti tells her all about Anita and her bite. To this, Angoori says that he should put a leash on Anita to control her, or else, she would go on biting others too. On the other hand, Teeka, Tillu and Malkhan, who are tied on a leash, make a futile attempt to escape, just as Saxena Ji enters the scene with a knife in his hand. Masterji lectures Saxena Ji on the sanskaars, that should be followed. Saxena Ji asks his pet dogs Teeka, Tillu and Malkhan, to bite Masterji.

In the upcoming episode, we see Manmohan getting angry with Vibhuti, as he comes to know that a dog has bitten Anita. What madness will occur next? Stay tuned for more. Catch all the episodes of Bhabi Ji Ghar Par Hain, streaming for free on Zee5.