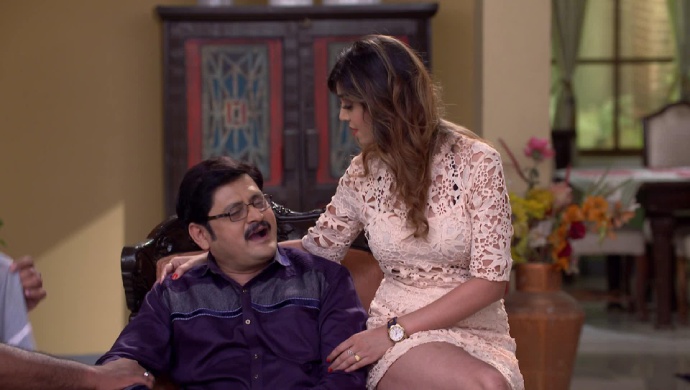 In tonight’s episode, Angoori tells Amma about tauji. Amma says that the tauji had ruined her marriage too. She asks Angoori to try and get rid of thiese evil feelings in Tiwari’s mind. That night Tiwari is ordering for guns from a dealer to attack Vibhuti. Tilu tells Vibhuti to order weapons but realizes he doesn’t have any money.

Both Harry and Lilly are getting to married to each other. They are both from Kanpur and want each other’s families to meet before they get married. Tiwari and Vibhuti are both excited to meet the partners that their younger generation has chosen. How will they react when they find out their niece and nephew want to marry a family enemy? Stay tuned to find out.