Tiwari finds out that one of his relatives wants to marry a boy from Vibhuti's family. Both Tiwari and Vibhuti decide to stop the wedding. 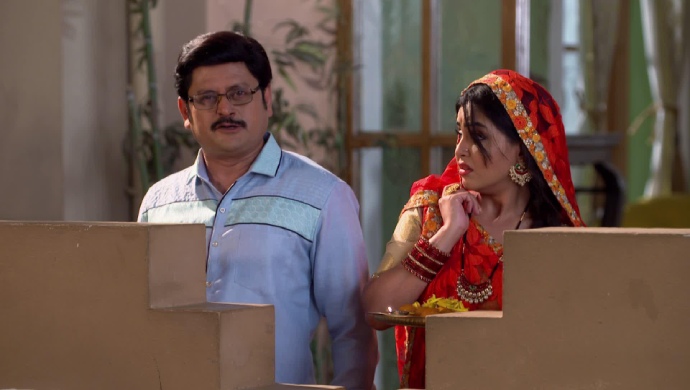 In tonight’s episode of Bhabi Ji Ghar Par Hain, Tiwari and Vibhuti find out from their Tauji’s that their families have been enemies for generations. They both also become each other’s enemies and insult each other at every chance. When Vibhuti tries talking to Angoori, Tiwari throws garbage on him. Later Tiwari releases Tika from jail and makes him his family slave. Vibhuti hires Tika as his slave by releasing him from jail too.

In the next episode, Tiwari tells a relative that she is from his family. He wants her to get married to the right guy. His relative says that she has found the guy she wants to marry. Tiwari wishes to meet the guy first. He sees that the boy she chooses is Vibhuti’s relative. Vibhuti and Tiwari are both against the marriage since their families are enemies. Stay tuned to find out how far Tiwari and Vibhuti take their family enmity.