In tonight's episode, we see an upset Anita being consoled by Manmohan, as her mother-in-law is coming over. Find out the details inside. 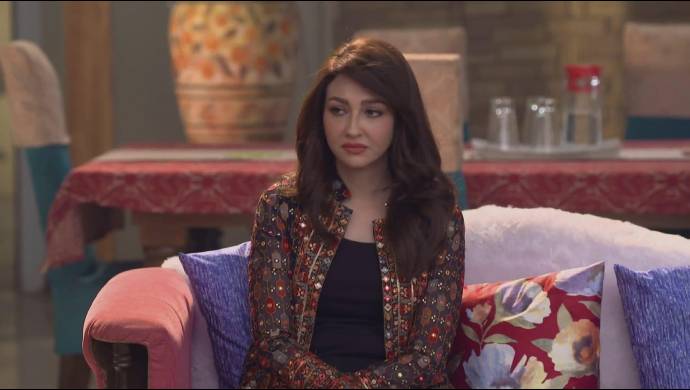 In this episode of Bhabi Ji Ghar Par Hai, we see Anita getting upset, because Vibhuti’s mother is supposed to visit them. Vibhuti wonders why Anita is afraid of his mother. Then, we see Angoori cooking a meal, joyfully. She tells Vibhuti that his mother must have done something that has upset Anita. Vibhuti thanks her for giving her the advice. Meanwhile, Anita and Manmohan have a conversation about Vibhuti’s mother, while Manmohan tries to comfort her. Manmohan asks her what the matter is with her mother-in-law. He asks her to stop the latter before she can walk inside the house. He says that he will speak to Vibhuti himself, and resolve the situation.

Later, we see both Angoori and Manmohan trying to console Anita. Angoori asks Anita to not worry about her mother-in-law. Meanwhile, Vibhuti argues with Manmohan, over Anita. Manmohan tells him that Anita can stay at their place, as long as she wants. A worried Vibhuti then calls his mother and tells her not to come over. On the other hand, Teeka, Tillu and Malkhan fight after getting drunk at Masterji’s place. The Masterji lectures them on the sanskars, that they should follow. The trio tries to catch hold of him, but Masterji runs away from their clutches.

Later, we see an ecstatic Anita dancing her heart out, as she knows that her mother-in-law isn’t coming to visit them. Then, Vibhuti receives a call from his mother, saying that she is will be coming and we see him dancing in glee. Anita turns gloomy all over again.

Arjan Bajwa On His Role In State Of Siege: 26/11: Col. Sheoran's Story Needs To Be Told