In the next episode, Vibhuti himself confesses to Anu that he stole her jewelry to pay for his royal lifestyle. 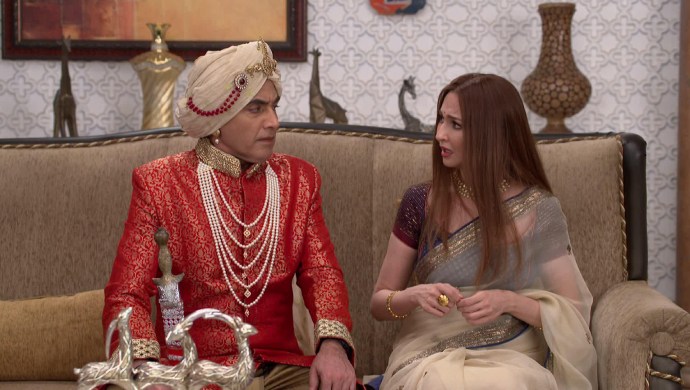 In tonight’s episode of Bhabi Ji Ghar Par Hain, Vibhuti finds out that his horses are sick and need a doctor. Anu complains they don’t have money for rent. Just then, Saxena tells Vibhuti that alcohol worth thousands is arranged. Anu refuses to give Vibhuti more money and he steals her jewelry to pay for hungry people to be fed outside the temple. Later Vibhuti needs a horse for the swearing-in ceremony but he has to spend a lot of money in helping the horses healthy again.

In the next episode, Anu is raining curses at the person who stole her jewelry when Vibhuti stops her. He says that the unknown person she is angry is her own husband. Later, when the minister returns with a message from the king. He tells Vibhuti that he will not have a swearing-in ceremony. Vibhuti asks him for a reason and the minister says that Vibhuti is not actually a king. How will Anu and Vibhuti react to this disappointment? Stay tuned to find out.

Exclusive! Sumit Anand: I Don't Change My Jokes To Suit An Audience