Manmohan is all set to marry Vibhuti's sister Reshma, encouraged by Angoori! Find out who the sister is and how this happened! 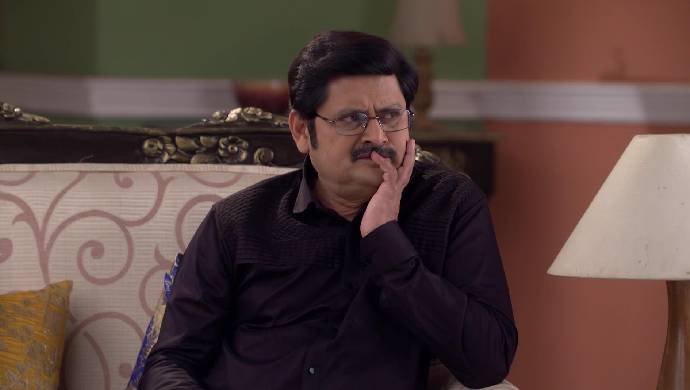 In today’s episode of the show Bhabi Ji Ghar Par Hain, we will see how Vibhuti’s uncle introduces him to Reshma. His uncle asks Vibhuti and Anita to step out of the house as he has to make them meet Reshma. They see a very pretty girl standing at their gate and think it is Reshma, but she introduces herself as Sunita. Vibhuti’s uncle tells them that the one beside Sunita is Reshma. They are shocked to see that Reshma is a buffalo that Vibhuti’s uncle wants him to marry off! They accept Reshma’s responsibility and tell Vibhuti’s uncle that they would get her married.

But Vibhuti’s uncle places another bet. He says that he wants a man as Reshma’s husband and not another buffalo Anita is stunned and Vibhuti tries to pacify her as they try to think of a solution for getting the 50 crore rupees offered by Vibhuti’s uncle. Meanwhile, Vibhuti’s mother arrives at their house and tries to explain Ramphal baba’s prophecy. She tells Angoori that Manmohan is going to go through a bad phase and only Ramphal baba can save him.

Later, Manmohan arrives and dismisses the superstition. He also adds that he will not fall prey to such nonsense. Angoori tries to manipulate him and makes him ready to get married to a buffalo. Meanwhile, Vibhuti accepts Reshma as his sister and starts to find a suitable groom for her.

In the next episode, we will see how Angoori spots Reshma and asks Vibhuti about her. She tells Vibhuti that she has a perfect groom for Reshma but when asked about his name, she says that it is ‘Manmohan Tiwari’!

Stream all episodes of the show Bhabi Ji Ghar Par Hain, only on ZEE5!

Watch The Story Of Shakespeare's Hamlet Unfold With Haider

Bhabi Ji Ghar Par Hi Rahengi: What If There Were A Lockdown And Curfew In BGPH?

Humour Is Healing: 4 ZEE5 Originals To Remind You Laughter Is The Best Medicine