In tonight's episode, we see Angoori and Anita romancing the impersonators of Vibhuti and Manmohan. Find out the details inside. 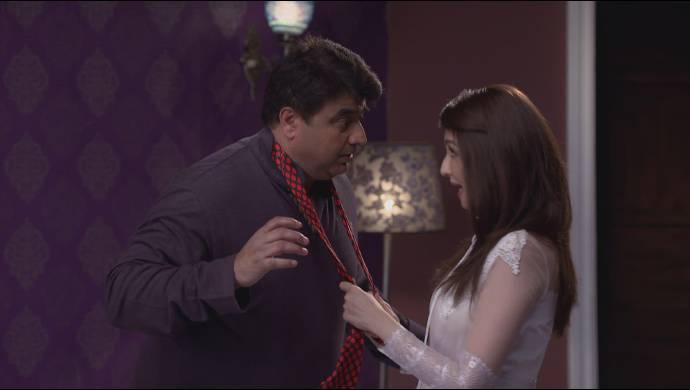 In tonight’s episode of Bhabi Ji Ghar Par Hain, we see Manmohan and Vibhuti going to the police station. They ask Makhwana whether he recognises them. Makhwana says that he isn’t able to recognise them. Just then, Happu enters the police station. Manmohan and Vibhuti ask Happu if he recognises them. The latter gets frustrated as he feels that they both are wasting his time. Happu then asks Vibhuti and Manmohan to go away before he beats them. After a while, Vibhuti confesses that he’s scared because there’s an unknown man in Anita’s bedroom. Manmohan says that he’s also scared as Angoori is locked in with an unknown man too. They both then go to their respective houses to see what’s happening. Vibhuti climbs up the bedroom window and notices that Anita has dressed up to romance Vibhuti’s dummy. Vibhuti cannot bear to see Anita and Vibhuti’s dummy dancing together. On the other hand, Angoori is also dancing romantically with Manmohan’s lookalike. Manmohan feels jealous to see them together.

After a while, Manmohan blames Vibhuti for their miserable condition. Vibhuti reminds Manmohan that they had done something wrong once. He asks if Manmohan remembers the time when they both were together in the graveyard. Manmohan had spat on a grave which read that whoever spits on the grave, his wife will be taken away.

Will Vibhuti and Manmohan fall in trouble all over again? To find out, keep watching Bhabi Ji Ghar Par Hain exclusively on ZEE5.