In tonight's episode, we see Vibhuti and Manmohan reminiscing about old memories with Angoori and Anita. Find out the details inside. 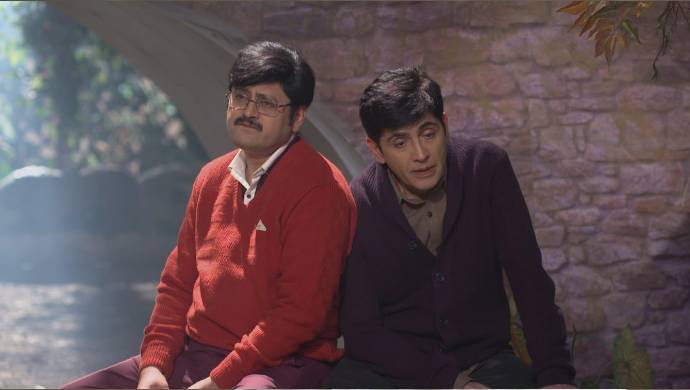 In tonight’s episode of Bhabi Ji Ghar Par Hain, we see Vibhuti realising that Manmohan was the person responsible for the trouble they are currently facing in their lives. Vibhuti says that because Manmohan spat on a grave, their wives cannot recognise them now. Manmohan wonders why people like Happu, Makhwana, Teeka, Tillu, and Malkhan are not able to recognise them. Vibhuti feels that they are dreaming. After a while, Manmohan goes to Anita’s house to try and remind her of him. He finds Manmohan’s impersonator present there already and flirting with Anita. Manmohan’s dummy imitates every dialogue of Manmohan. On the other hand, Vibhuti too is at Angoori’s house. He notices Vibhuti’s dummy flirting with Angoori with the exact same line that he had used with her before. Both Manmohan and Vibhuti are sad to see that their respective wives are ignoring them and begin to cry.

Will Vibhuti and Manmohan ever get rid of their identity crisis? To find out, keep watching Bhabi Ji Ghar Par Hain exclusively on ZEE5.