In tonight's episode, Anita is trying hard to get the ring out of Vibhuti's body. Prem asks Tillu, Malkhan & Tika to kidnap Vibhuti. 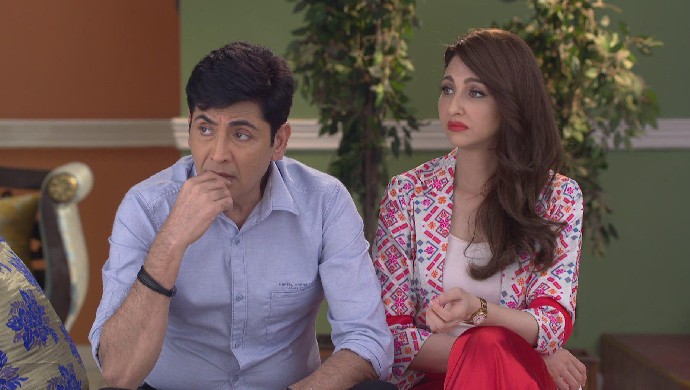 In the previous episode of Bhabi Ji Ghar Par Hain, a lawyer comes home with news that Anita’s Uncle who used to stay in Tanzania died and he has left a ring for Anita which is worth 1.5 crores. Anita keeps a grand celebration party at her place. Tika, Tillu, Malkhan, Saxena and others join them. When Tiwari comes there, he taunts Vibhuti saying now he belongs to their class. Vibhuti gets offended and insults Tiwari saying he belongs to third class. While dancing with Anita, Vibhuti tumbles and falls on the ground.

In tonight’s episode, Vibhuti tells Anita that he swallowed her ring the moment he fell on the ground. Anita pressurises Vibhuti to get the ring out of him by whichever way possible. The latter asks him to show some mercy and not forget he is her husband.

Next day, Vibhuti and Anita go to the doctor and he tells them that he needs to operate Vibhuti to get the ring out of his body. The doctor tells them that there is a possibility that some parts of Vibhuti’s body might not function as they used to. Hearing this, Anita instantly approves the idea but Vibhuti tells him that he is not ok with it.

Nawazuddin Siddiqui: I Work For Money Too, Don’t Make Me Your Idol; I Will…

Later that day, Angoori suggests a Kadha for Vibhuti so that his stomach will get cleared instantly. On the other hand, Prem calls Tika, Tillu and Malkhan and asks them to kidnap Vibhuti as he wants to get the ring out of him. The trio accept the offer and make a plan to kidnap Vibhuti.

In the preview of the next episode, Tillu, Tika and Malkhan wear masks and come to Vibhuti’s house to kidnap him. Tiwari runs to tell Anita about this news.

Never Before The Story Was Told From NSG Perspective: Lt. Col Sen On The Siege: 26/11