In tonight's episode, we see Teeka, Tillu, and Malkhan getting shot by someone hiding in the bushes. Find out the details inside. 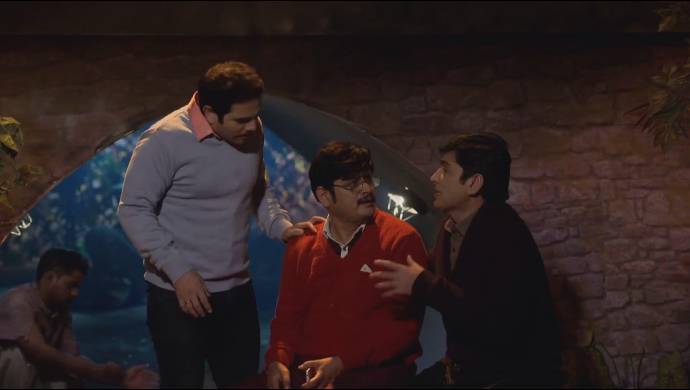 Later, Tillu asks Manmohan’s impersonator to give him the money and clear his dues. Tillu is also shot by someone hiding in the bushes. Angoori and Manmohan’s impersonator run inside as they cannot find the gunman. Meanwhile, Vibhuti and Manmohan wonder what they should do to prove their identity. Vibhuti suggests that they should take seek from their respective mothers who would recognise them easily. They then convince their mothers to come there and recognise them. A while later, Malkhan tries to inform Vibhuti and Manmohan that someone is tricking them. He asks for money from Vibhuti and Manmohan to reveal the truth. When he tries to tell them the truth, someone hiding in the bushes shoots at Malkhan. At Angoori’s house, Manmohan is seen relaxing on the couch. Angoori asks him to go away or she’ll call the police. Manmohan tells her that his mother is coming here to prove his identity. Manmohan’s mother shouts at Manmohan for entering the house like a thief and slaps him. Manmohan and Vibhuti realise that someone is playing games with them. They then notice Vibhuti’s uncle David passing by. Vibhuti says that the latter might be able to help them as he’s very close to Vibhuti.