Manmohan gets engaged to Reshma with a lot of pomp, but will they marry or will Manmohan call it quits? Read on to find out! 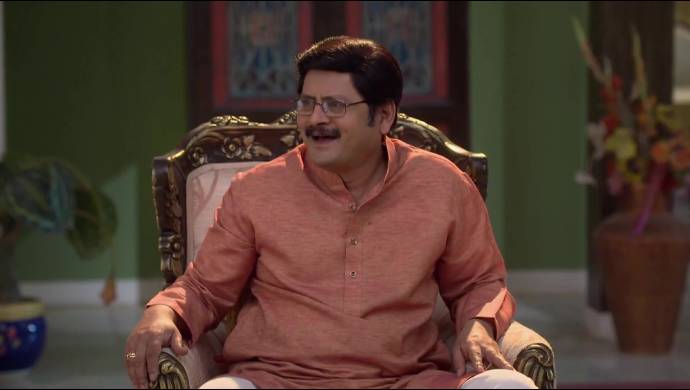 In today’s episode of the show Bhabi Ji Ghar Par Hain, we see David visiting Vibhuti and Anita with a cheque for 1 crore rupees. They tell him about Reshma’s wedding with Manmohan and David rejoices at the fact that there would be scores of alcohol to drink. Anita gives him fritters that she has made.

Later, we can see decorations being set up for the event of Manmohan and Reshma’s engagement ceremony. When everything is set up, everyone decks up in gold and traditional outfits and the ceremony begins. David asks Manmohan’s mother, who is sitting right beside him to gulp down the alcohol in the bottle as it is her son’s marriage. Other people present there start talking about Manmohan’s remarriage. They talk about how Manmohan is married and still wants to go for a second marriage, they assume that Vibhuti is paying wads to get Manmohan to marry Reshma!

Later, we can see how Ammaji performs with David and they set the stage on fire. They give a sizzling performance and then it is the turn of Manmohan’s wife Angoori to show her skills, she dances to the tunes of Ae Dil Hai Mushkil‘s BreakUp Song. Vibhuti also joins her and together they give a breathtaking performance. Later, the other men present there start to dance and Manmohan beats them up with his shoe as they tease him about marrying a buffalo. Next, Reshma’s father and Vibhuti’s uncle dance with Saxena and he declares his love for his daughter Reshma. Meanwhile, Pandit Ramphal calls Ammaji and tells her that the problem in Manmohan’s birth chart has been resolved and they don’t need to get him married to the buffalo!

In the next episode, we see how Vibhuti asks Reshma’s father for expensive clothing and a luxury watch. But his uncle declines the offer saying that once Reshma gets married all the money is his, but Manmohan interrupts him saying Reshma will not be getting married!

What do you think will happen next?

Baarish Season 1 Episode 2 Review: Will Gauravi Be Fired From Her Job?