In tonight's episode, Angoori and Manmohan's TikTok video goes viral on social media. Find out the details inside. 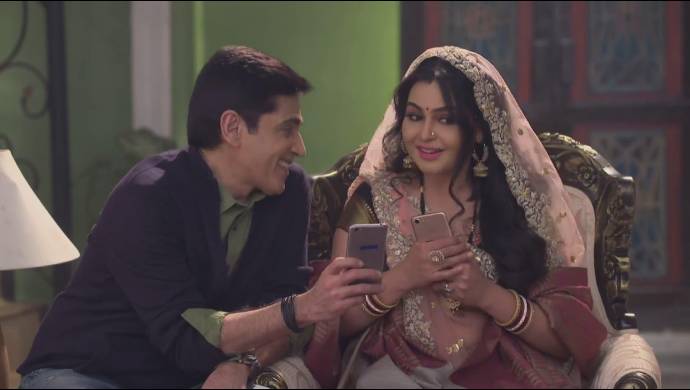 In this episode of Bhabi Ji Ghar Par Hai, we see Manmohan entering Anita’s house and saying that he is very angry. Manmohan tells her that Vibhuti is the reason behind his anger. He then tells her that Vibhuti is making TikTok videos with his wife Angoori and posting it on social media. He shows the TikTok videos to Anita and she is shocked seeing them.

After a while, Mamaji is lecturing Manmohan about his wife Angoori making TikTok videos. He tells him that the videos have gone viral and he had to hide his face while leaving his house. Manmohan then tells him that he has sought revenge from Vibhuti by making a TikTok video with Vibhuti’s wife Anita. Mamaji asks him to wear a vest and shorts while making the TikTok video. At Anita’s house, we see her screaming in shock, after seeing Manmohan wearing just a vest and shorts. Manmohan apologises and tells her to record their video in this attire. To this, Anita says that she is uncomfortable doing so. Manmohan says that she will have to do it as the same has been ordered by Mamaji. Just then, Mamaji comes in and tells them that they should present a social message through their video, instead of making fun, entertaining content. Manmohan and Anita then record their TikTok video which ends with the latter slapping Manmohan.

At the tea stall, we see the doctor advising Teeka to not use his mobile phone for a long time, as it has side effects. Teeka is worried as to how he will be able to eat food, now that his hands are cramped. Tillu tells him to worry about the morning ablutions instead. Later, Vibhuti informs Angoori about their video getting 40,000 likes and tells her that they are going to be TikTok superstars.

In the upcoming episode, we see Anita-Manmohan and Angoori-Vibhuti receiving letters from TikTok, saying that they will receive Rs. 5 lakh, per month. All of them are surprised after hearing this. Then, Anita and Manmohan make a TikTok video by dressing up and acting like Michael Jackson. What madness is about to unfold next? To find out, watch Bhabi Ji Ghar Par Hain, streaming for free on ZEE5.