Tiwari is the suspect in Tilu's disappearance, will the police come knocking at his door? 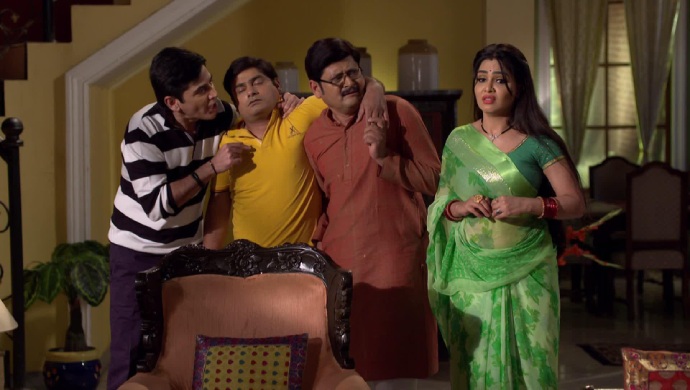 In tonight’s episode of Bhabi Ji Ghar Par Hain, Vibhuti gets caught by the police for starting a fake Vaastu Shastra service. As a punishment the bathrooms at his house are destroyed. Tiwari, meanwhile, refuses to pay Tilu his salary. Vibhuti comes up with a plan to make Tiwari pay for Tilu’s salary. Will he succeed in his plan?

Catch a sneak-peek of the upcoming episode here.

In the next episode, Tiwari is scared after he believes he has killed Tilu by accident. He hides the body with help from Vibhuti. However, people begin questioning him about Tilu because he was last seen in Tiwari’s house. Things get out of hand when they find Tilu’s shoe in Tiwari’s house as well.

Meanwhile, Tiwari is being blackmailed by someone who saw him hiding Tilu’s body and is now demanding money to not got to the police and spill the truth. Will Tiwari end up paying Tilu’s salary as ransom money.