In tonight's episode of Bhabi Ji Ghar Par Hain, Anita and Chachaji persuade Vibhuti to get pregnant if he wants Chachaji's property in the future. 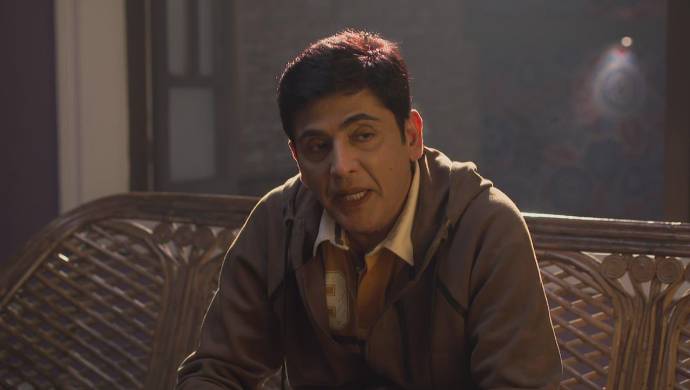 In this episode of Bhabi Ji Ghar Par Hai, Vibuti is busy watching videos on his mobile while Anita is reading news on her laptop before going to sleep. Anita finds interesting news and forces Vibhuti to hear her out. She tells Vibhuti that the doctors abroad have invented a technology which will help men get pregnant. Vibhuti isn’t interested in knowing about this, but an excited Anita reveals the details of the new invention. She thinks that it is time that men experience the troubles of a woman and be a part of the beautiful journey too. Vibhuti brushes off her opinion and goes back to watching his videos.

Watch an episode of the show below:

The following day, Vibhuti goes to Tiwari’s house and meets his wife, Angoori, in their front yard. He attempts to flirt with her by saying seductive lines in English but Angoori can’t understand him. During this, Saxena and few other men intervene in their conversation. Saxena speaks about the new invention through which men, too, can get pregnant. He tells Vibhuti that he should consider this idea since he is jobless at the moment. Vibhuti gets irritated and walks out of there. Then, Tiwari joins their conversation and thinks that it is ridiculous for men to become pregnant. He believes that humans are going against nature since men’s bodies were never designed to carry a child.

Later, in the evening, Vibhuti meets Chachaji who bluntly says that Vibhuti and Anita aren’t going to get his property. Chachaji feels that Vibhuti is a useless person, while Anita can’t be trusted because of her light eyes.  He says his property will go to Vibhuti-Anita’s child when they have one. Vibhuti reveals this conversation to Anita who asks him to become pregnant since he doesn’t have a job at hand.

In the upcoming episode, Anita is excited to have a child with Vibhuti. Later, Vibhuti goes to the doctor who tells him that his hormones will be changed if he wants to get pregnant. What do you think will happen? To find out, watch Bhabi Ji Ghar Par Hain, streaming for free on ZEE5.