In the next episode, Angoori takes the medicine stolen from Saxena's home and ends up becoming like him. 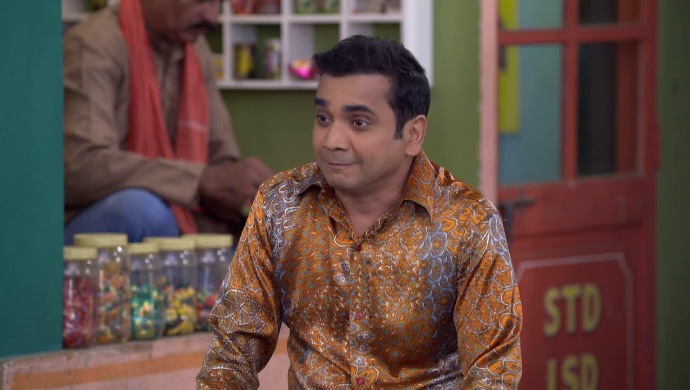 In tonight’s episode of Bhabi Ji Ghar Par Hain, Vibhuti finds out that Angoori is tired and depressed. He meets Saxena who says he got an award for making a medicine for depression. Vibhuti decides to give the medicine to Angoori but Saxena says it has not been tested on humans yet. When Saxena refuses to give him the medicine, Vibhuti decides to steal it for Angoori.

In the next episode, Vibhuti and Angoori are waiting for Angoori to show up. Angoori is supposed to do some prayers which Vibhuti and Tiwari are waiting for. Angoori comes out drssed up as Saxena in a polka dot shirt not tucked in the pants and sports shoes. She rings her own doorbell purposely to get a shock and says ‘I Like It’. Stay tuned to find out what side-effects Angoori has of Saxena’s medicines.