In tonight's episode, Vibhuti finds out that Tiwari tricked him and decides to get an interview with Salman Khan himself. 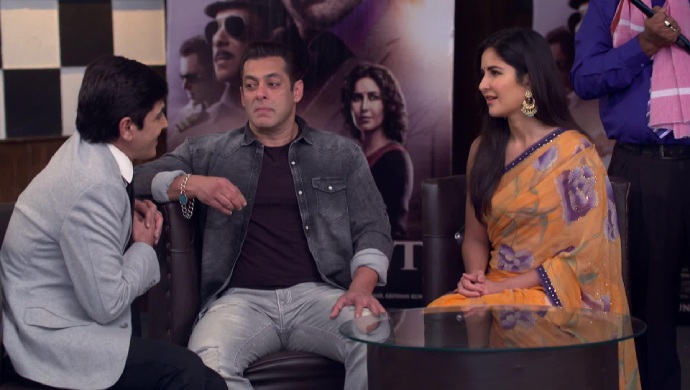 In the previous episode of Bhabi Ji Ghar Par Hain, Anu asks Vibhuti to take up a job at her friend’s news firm. However, to get the job Vibhuti has to get Salman Khan’s interview. Tiwari hears this and pretends being friends with Atul Agnihotri, Salman Khan’s friend. He makes Vibhuti do all his work in exchange for getting an interview with Salman Khan. Vibhuti manages to get the interview fixed through Tiwari and hires Tika, Tilu and Malkhan as his crew.

In tonight’s episode, Vibhuti enters the studio along with Tika, Tilu and Malkhan to take Salman Khan’s interview. Vibhuti stops at the gate waiting for the security guard to ask him the secret code that Tiwari had mentioned. He tells Tika to say the secret code ‘Your wife is hot’ to the guard who shows up.

The guard gets angry and beats up Tika before deciding to kick all of them out of the studio. Vibhuti realizes that Tiwari tried to trick him. He calls up Tiwari and scolds him for pulling such a bad prank on him. Angoori sees Tiwari laughing and asks him what happened.

Vibhuti goes inside the set and looks for Salman Khan’s room. He finds a room for Salmaan Khan instead, who is a short, fat and bearded man dressed a kurta and turban. Vibhuti continues his search for the film star Salman Khan. He finds Salman Khan in a room getting ready for promoting his next movie Bharat.

Watch the political drama of the year 'The Accidental Prime Minister', now streaming on ZEE5