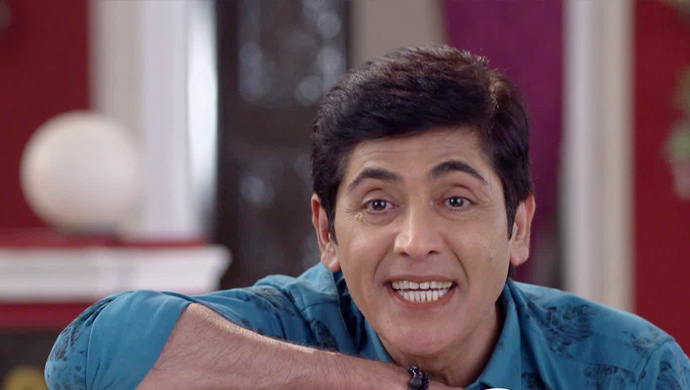 In tonight’s episode of Bhabi Ji Ghar Par Hain, we saw Vibhuti Mishra flirting with Angoori Bhabi as usual. A tambourine seller passes by and he was beautifully playing the musical instrument. Hearing the sound of tambourine, Angoori Bhabi starts dancing and Vibhuti gets quite surprised seeing this. He is seen enjoying her dance moves. After the music stops, Angoori Bhabi returns to her senses and Vibhuti asks her about it.

Bhabiji tells Vibhutiji that whenever she hears the sound of a tambourine, she cannot stop herself from dancing. she also adds that this has been happening to her since childhood. Vibhuti then suggests that it might be something related to her past. To this, Angoori says that she has no idea why it happens but her Daddu might probably be aware of it. Vibhuti then plans to play the tambourine.

In the next scene, the doctor checks Anita and says that she is recovering fast. Hearing this, Vibhuti gets excited and tries to convince Anita that she has recovered and she can resume her yoga classes. Anita gets angry and scolds Vibhuti about his selfish act. She also adds that he does not want to take care of his wife. The doctor then interrupts Vibhuti and tells Anita to continue taking rest and not move until she is totally fit and fine. Anita uses this situation and asks Vibhuti to get her coffee.

What do you think is going on in Vibhuti’s mind regarding Angoori’s Dafli connection?