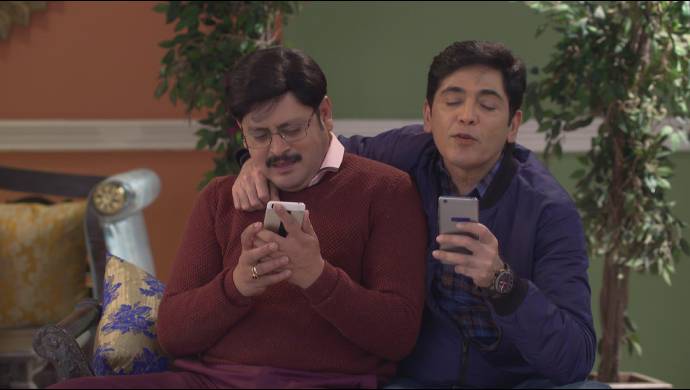 In tonight’s episode of Bhabi Ji Ghar Par Hain, we see that Vibhuti mother, Helen Mishra, comes to his house. Anita is unhappy about the same as she does not know how to deal with the tantrums and taunts that are thrown her way. Vibhuti’s mother starts off by insulting Anita’s choice of clothes, the way she behaves with her husband, and goes on to tell her that she (Anita) knows nothing about her dearest son.

Over at the Tiwari house, Angoori cannot wait to have a baby. However, her excitement levels reduce when the news given by a Panditji, reaches her. She cannot get pregnant for the next two years as it will cause her physical harm. This leaves Angoori shattered. When she meets Vibhuti, she advises him about different measures and precautions that should be taken during her pregnancy, while she listens to him flirt with her in English.

Over at the Mishra household, Vibhuti’s mother has spread a wave of terror and it is directed towards Anita. She doesn’t like her daughter-in-law’s biryani and calls it khichdi. When Vibhuti’s uncle David walks in, both the elders launch themselves into a big argument about how bad the other person is. Anita is extremely irritated and almost done with Vibhuti’s family by the time it’s over.

In the upcoming episode, we see Vibhuti inviting everyone in his house for the God-bharai ceremony, to celebrate his pregnancy. Catch the latest episodes of Bhabi Ji Ghar Par Hain exclusively on ZEE5.