Bhabi Ji Ghar Par Hain 5 June 2019 Update: Vibhuti Gets The Interview But Not The Job!

In today's episode, Vibhuti gets Salman Khan's interview but fails to get the job of an MD that he was promised. 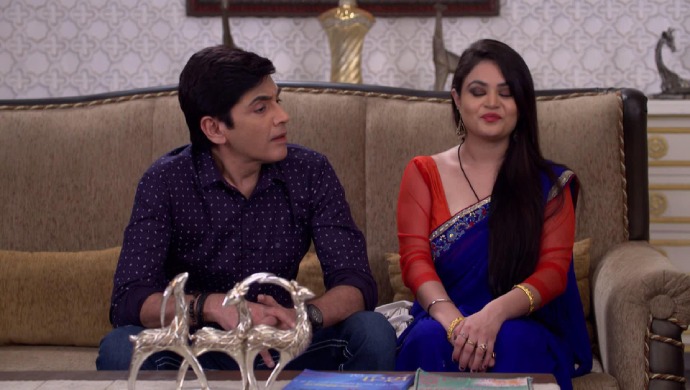 In the previous episode Bhabi Ji Ghar Par Hain, Vibhuti shows up to take Salman Khan’s interview. When he reaches the studio he realises Tiwari has not set up any interview. Angoori scolds Tiwari for pulling a prank on Vibhuti. Meanwhile, Vibhuti decides to interview Salman Khan and Katrina Kaif. He takes his interview crew of Tika, Tilu and Malkhan and manages to get the interview with Salman Khan.

In tonight’s episode, Malkhan asks Salman Khan what time she has bath everyday. Vibhuti explains why Malkhan is asking such a personal question. He says it is because Malkhan wants to use Salman Khan’s bath water and make Tika fair. Salman gives Tika tips on how to get six pack abs by eating a lot. He even offers Vibhuti a role in his next film.

Anu is proud of Vibhuti and boasts about it to her friend. Vibhuti says now he will get the job of an MD at the company in exchange for the interview. He calls Tika, Tilu and Malkhan to hand over the footage of the interview. Malkhan says that he forgot to put a memory card in the camera to record the interview.

The next morning Vibhuti meets Angoori in the courtyard. There they see that Saxena has decided to become a farmer. Tika, Tilu and Malkhan are kicked out of the dance bar by Gulfam Kali because they do not have any money. Stay tuned to find out how Angoori-Tiwari and Vibhuti-Anu deal with their marriage problems.