Tika, Tilu and Malkhan along with Daroga Happu Singh plan to rob Tiwari. 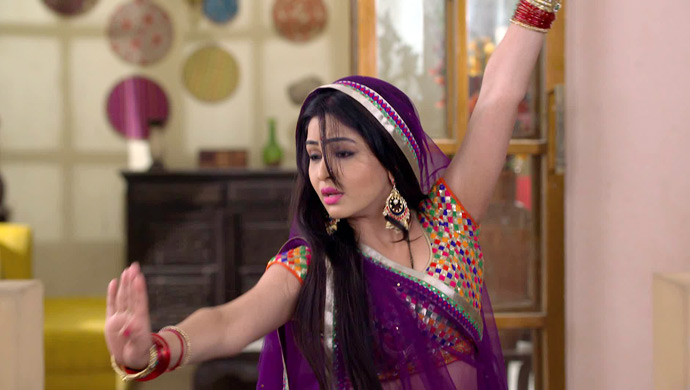 In the previous episode of Bhabi Ji Ghar Par Hain, Vibhuti decides to become a Dafliwala and make Angoori Bhabi dance on his tunes. Daroga Happu Singh demands cash from Tika, Tilu and Malkhan to get them a job. That’s why the three of them are in need of cash urgently. Tilu comes up with an idea to get help from Tiwari, but he rejects to do so and suggests them to loot someone and get money. Tilu then comes up with an idea to loot Masterji. But apparently, they get caught.

In case you missed the episode watch it below:

Tonight’s episode starts with Anita Bhabi crying as she again fell on the floor because of Vibhuti’s mistake. Tiwariji who comes to meet Anita Bhabi, says that he is also angry on Vibhuti for what he did to her.

The three of them successfully get into Tiwari’s house but as soon as they get the keys of the locker, Vibhuti who is seen standing in his bedroom starts playing the Dafli. After hearing the sound of Dafli, Angoori Bhabi starts dancing. Watching this, Tika, Tilu and Malkhan get shocked and run to hide under the bed. Manmohan Tiwari wakes up from his sleep and watches his wife Angoori dancing. After the music stops, Angoori who is unconscious returns back to her bed and goes asleep, this leaves Tiwari in shock.