In tonight's episode, Vibhuti invites Tiwari and Angoori to his house for dinner after they both have fights with their wives. 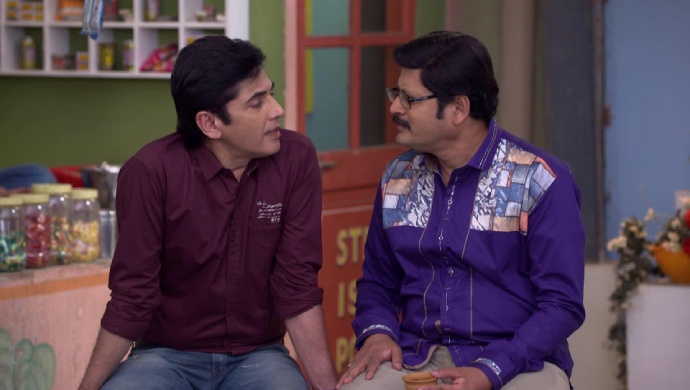 In the previous episode of Bhabi Ji Ghar Par Hain, Vibhuti gets the interview with Salman Khan. However, Malkhan forgets to put in a memory card to record the interview. Vibhuti doesn’t get the MD job at the news agency. Later, Anu gets in a fight with Vibhuti after he is disinterested in her. Angoori also gets into a fight with Tiwari when he doesn’t show any liking for here.

In tonight’s episode, Anu asks her friend to make a plan to go out. Tiwari meets her in her house and begins flattering her looks. Anu tells Tiwari that Vibhuti has stopped showing any interest in her. When Tiwari goes back to his house, Angoori asks him if they should go out somewhere for a trip.

Tiwari tells her he needs to be at the ship and he doesn’t want to go anywhere with Angoori. He even tells Angoori that he never loved her and always thought she was stupid. Anu tells her friend that she is lucky to have a nice husband while Anu was unlucky. Vibhuti hears this and says he is unlucky to be married to Anu too.

Vibhuti and Tiwari find out that they both had a fight with their wives. Tiwari doesn’t feel like going back home. He decides to invite Tiwari and Angoori for dinner. Before the dinner even begins Anu and Vibhuti have an argument. Vibhuti doesn’t let Anu take the credit for making the food. Angoori taunts Tiwari for not knowing how to cook.

Vibhuti and Tiwari both complain about their in-laws. Angoori and Anu both complain that they were tricked into getting married. Vibhuti claims that Angoori spiked his drink in college to be with him. There is uncomfortable silence all around. Will this be the end of Vibhuti and Tiwari’s marriages? Stay tuned to find out.