Vibhuti joins a protest started by Saxena for saving water, all because he wants to impress Angoori 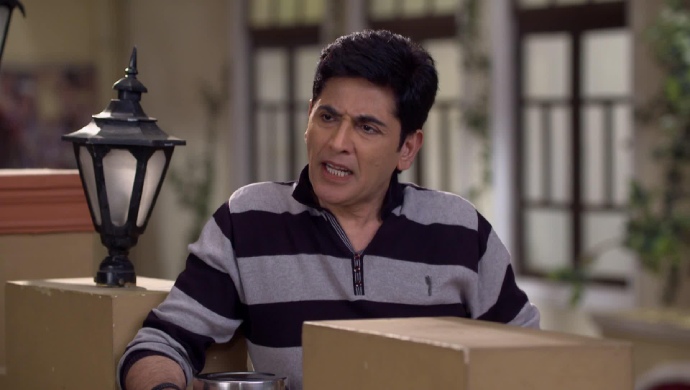 In the previous episode of Bhabi Ji Ghar Par Hain, Tiwari catches Razia Gulkandi red-handed for being a slave trader. Along with Happu Singh, he saves Angoori and her entire kathak class from becoming slaves of a Dubai sheikh. However Angoori is unhappy that her kathak education remained incomplete again. Tika, Tilu and Malkhan are upset that their plans to make money in Dubai are ruined.

In tonight’s episode, Tiwari reads the newspaper where he sees someone deciding to go on a protest. Tiwari finds out that the protest was organised by someone Angoori follows. Tiwari tells her that Angoori’s favourite portester is a fraud. Angoori gets angry and tells Vibhuti that she always wanted to marry a protestor who is righteous.

Vibhuti overhears Angoori’s statement and decides to do something about it. Tika and Malkhan plan to join a political party. They have heard that nobody at a politicalk party goes hungry or lacks money. They ask Vibhuti if he knows anyone who has a political party.

Saxena walks by just then, telling everyone that they need to save water. He gives a big speech for saving water in the world. It inspires Vibhuti to start his own protest. He stands at his window and talks to everyone in the street with the same words that Saxena used.

Angoori is pleased that Vibhuti is protesting. He tells her that he is inspired by Angoori’s favorite revolutionary. Vibhuti realizes that he is impressing Angoori with his protest. He joins Saxena and stops Tiwari while he is watering his plants. They point out that he is wasting water and rough him up.