In tonight's episode, Tiwari says that he will give a share of profits if the workers deliver the order before the deadline. 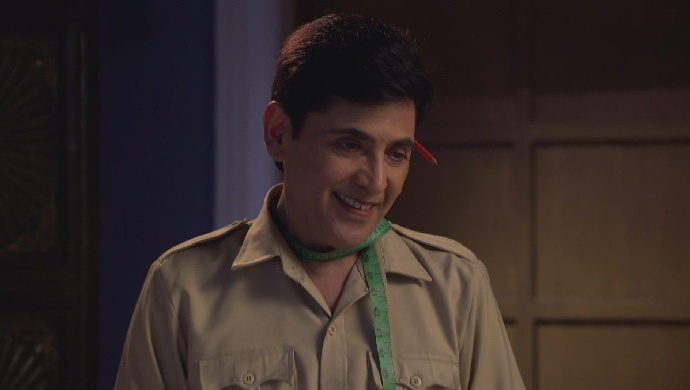 In the previous episode of Bhabi Ji Ghar Par Hain, Anita, prem and Tiwari take interview of all the candidates who wish to work in their factory. Vibhuti comes there and says that he can stitch 5 blouses in an hour. Tiwari keeps asking him irrelevant questions. At last, Anita hires him for the job. Next day, Anita asks Vibhuti to make breakfast for her but the latter says that he is getting late for work. She then asks him to manage work better and not get the household work affected by his job. Later when Vibhuti comes to work, Tiwari punishes him for being late.

In tonight’s episode, Happu Singh demands a bribe of 3 lakh rupees from Tiwari and Prem for doing business in a residential area. Tiwari says that can give two thousand at the most. After bargaining a bit, Happu Singh agrees on ten thousand rupees.

Later at night, Anita feels tired asks Vibhuti to massage her legs. The latter says that even he is tired and top of it Tiwari punished him for being late. Anita tells him to not blame others for his own mistake. On the other hand, Angoori asks for money from Tiwari as she wants to give a treat to all the labours. When Tiwari opposes her, Angoori gets angry and threatens him to call Amma.

What Made R. Balki Turn Arunachalam Muruganantham To Laxmikant Chauhan?

Next day, Tiwari tells the workers that if they manage to complete the order before the deadline then he will give them a share from the profit. Vibhuti motivates all the workers to work faster and deliver more. In the preview of the next episode, Vibhuti and all the workers go on strike. Anita suggests Tiwari to send Angoori to convince Vibhuti.