In tonight's episode, Anita tells everyone that the murderer has left his lighter near the body. 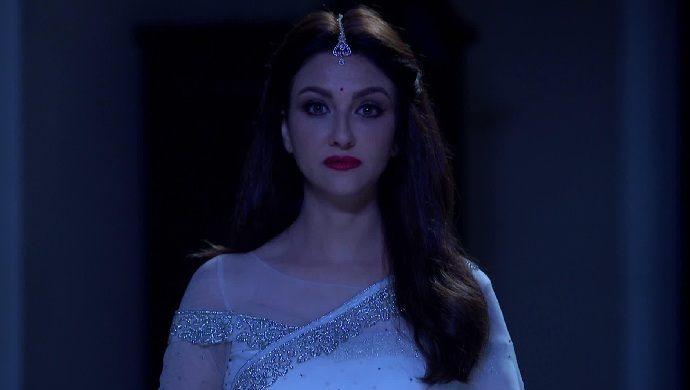 In the previous episode of Bhabi Ji Ghar Par Hain, Anita tells her name as Roxy and says that she has possessed Anita to take revenge from her murderer. Next day, Manmohan’s friend DK returns from his trip and asks Manmohan if he went on a drive with Angoori or not. The latter replies that he couldn’t make it due to some unnatural incidents. Just then, Anita comes there and tells Angoori and Manmohan that she is having a party the other day and she wants to invite them. She also invites DK to the party.

In tonight’s episode, Manmohan, his friend DK and Angoori come at Vibhuti’s place for the party. A few moments later, Anita who is possessed by Roxy’s spirit comes out and tells everyone that she is searching for her murderer. She also tells them that the murderer left his lighter while burying her body and now they have to go and find him.

DK goes to the graveyard and starts digging the place where he had buried Roxy. Just then Anita and Happu Singh come there and arrest DK for killing Roxy. Anita reveals that Roxy was her friend and a few days before she had a conversation in which her friend told her about her boyfriend’s car. After that day, Roxy was missing and later, she saw the same car near Manmohan’s house.

She had a doubt on DK and to prove that she made a plan with Happu Singh. Later that day, Manmohan and Vibhuti go to drawer wale baba. Anita and Angoori follow them and expose the baba by revealing his tricks.

In the next episode, Vibhuti starts behaving like a monkey. Angoori tells Manmohan that he has to go and take a bath in the pond without clothes. When Manmohan removes his clothes, Vibhuti takes all his clothes away.