In tonight's episode, we see a piece of bad news is waiting in the shadows to scare Vibhuti and Anita. Find out what it is inside. 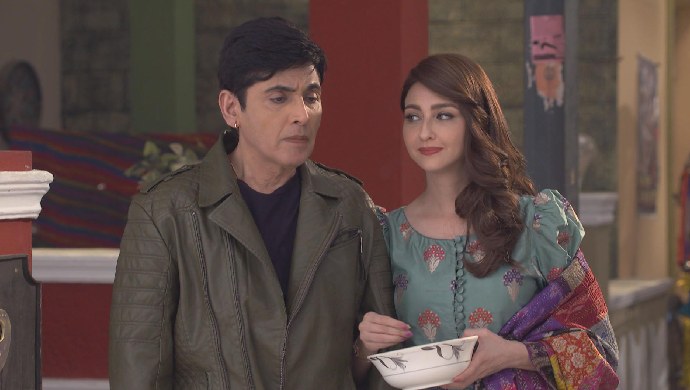 In tonight’s episode of Bhabi Ji Ghar Par Hain, we see Tiwari and his father-in-law sitting and drinking beer in the backyard. Angoori comes to serve them their favourite snacks and complains about how she wants her husband to get married. This angers Dadoo, who is Angoori’s father, and he starts to insult his son-in-law. After a while, Vibhuti walks in with a stomach that is bigger than a football.

Vibhuti, who is now sporting a huge tummy, is sitting at home with both his wife and his mother on two sides. His mother, Helen Mishra makes a cup of Kadha for Vibhuti to drink so that his kid, turns out to be fair. David Mama walks in at that time with bad news for the pregnant couple. He tells them that he does not have any property or money to give them because he seems to have lost the case against his wife.

At Tiwari’s house, his mother walks in, and both the ladies force him into getting pregnant. Soon, both the men are pregnant, but a news channel reports a shocking development for everyone. It reports that the doctor is reality was a mental patient, who ran away from Uganda. This ends the whole fad of men getting pregnant.

In the next episode, we see another round of fights taking between Anita and her mother in law. Check out the latest episodes of Bhabi Ji Ghar Par Hain exclusively on ZEE5.