Vibhuti gives up water for his protest on saving water. However, Tiwari gives him extra spicy food to make Vibhuti thirsty. 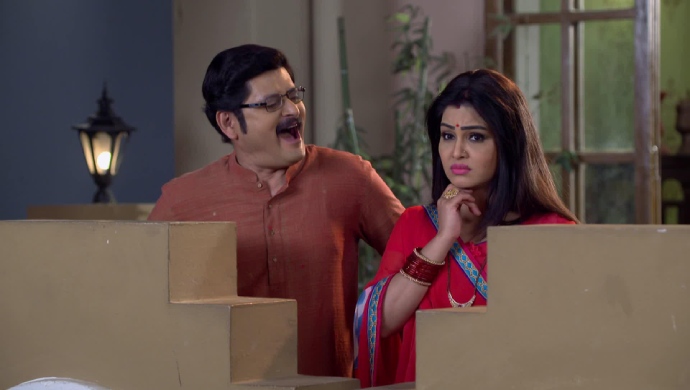 In tonight’s episode of Bhabi Ji Ghar Par Hain, Vibhuti overhears Angoori saying that she wanted to marry a protester. He hears Saxena protest for saving water. He decides to join the protest too by giving a speech right outside his house. His speech impresses Angoori. He also manages to scold and beat up Tiwari for wasting water while watering the plants. While Tiwari complains to Happu Singh, Vibhuti makes Tika and Malkhan join Saxena and his protest.

In the next episode, Vibhuti is protesting to save water. He and his protesters have given up using water while they protest. Angoori is very impressed by Vibhuti when she sees him protesting near his house to save water. Tiwari however is not impressed.

He mixes a lot of chilli powder in the food which Angoori is about to serve to Vibhuti and his protesters. When Angoori feeds Vibhuti and his supporters the food, they find it too spicy. Will they break their protest and drink water? Stay tuned to find out

If Not An Actress This Is What Meri Hanikarak Biwi's Devina Pandey Would Do!