In tonight's episode, we see Vibhuti and Manmohan planning to start a business of selling organic Holi colors. Find out the details inside. 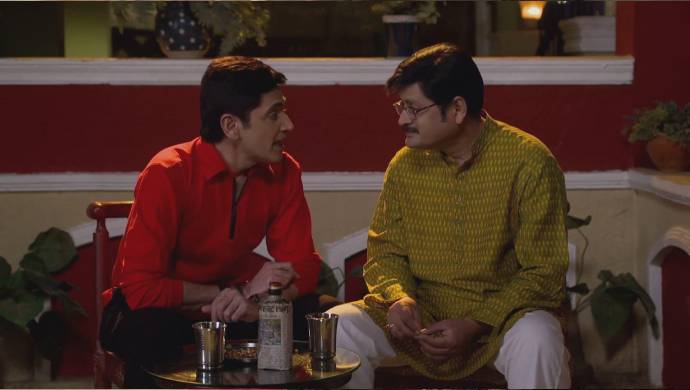 In tonight’s episode of Bhabi Ji Ghar Par Hain?, we see Anita taunting Vibhuti and saying that he’s not even capable of fetching her colours from Kanpur. On the other hand, Vibhuti goes inside after insulting Anita’s friend Meenal. After a while, Angoori reveals that the last time she played Holi, the colors had caused an allergic reaction on her face. She declares that she won’t be playing Holi this year. Anita also reveals that she too won’t be celebrating Holi this time as she has an ad film shoot lined up and therefore needs to take care of her face. Anita and Angoori then plan to celebrate Holi by doing something else together.

Later, Vibhuti reveals that he would be making organic colors especially for Angoori. He says these colors are not harsh on the skin and will make Angoori’s skin glow instead. Angoori agrees to play Holi using these colors. Meanwhile, Vibhuti and Manmohan plan to start a business of selling organic colors and be silent partners in the business. They make a pact to not reveal anything about their business to anyone.

A while later, Vibhuti and Anita are prepping for the celebration of Holi. Just then, Manmohan enters the gate of Vibhuti’s house and dreams of playing Holi with Anita. He sees the latter dancing and playfully coloring Manmohan with the colors of Holi.

In the upcoming episode, we will see the members of Modern Colony gathered around for the opening ceremony of Vibhuti and Manmohan’s shop. The people of Modern Colony wonder who will be given the honor of cutting the ribbon. A chaos ensues as people discuss who the person should be. After much discussion, Vibhuti cuts the ribbon himself, much to the horror of others.

Harleen Sethi On Broken But Beautiful Season 2: Sameera Made Me Emotionally Vulnerable!