In tonight's episode of Bhabi Ji Ghar Par Hain, Amma keeps the bag with cash and challenges Vibhuti to take it from her. 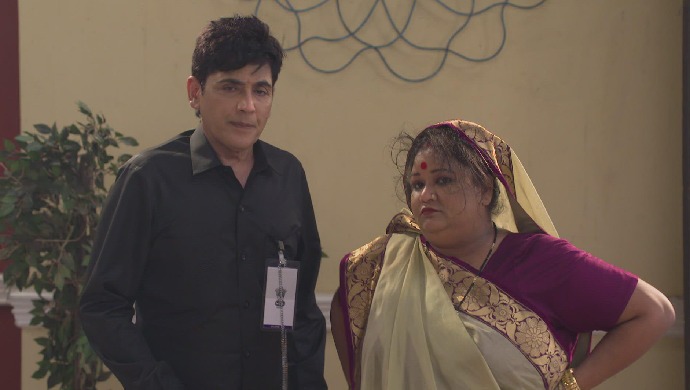 In the previous episode of Bhabi Ji Ghar Par Hain, Anita is confused about Vibhuti’s new profession as she is unable to believe that Vibhuti has become an income tax office that too so suddenly. Tiwari goes to the washroom and Vibhuti catches Tiwari trying to hide his money. Vibhuti convinces Anita to allow him to raid so that he will get the award which is 15 per cent of the total raid. The commissioner calls Vibhuti and asks him to collect the cash in a suitcase and give it to him in the evening.

In tonight’s episode, Tiwari bribes Tilu so that he gets to talk to Anita in private. Anita suggests him to be honest and handover all the money to Vibhuti. Little does he know that Anita is dreaming about the 15 percent share Vibhuti will get from the raid.

Later, Tiwari gets a call from Amma and she informs him that she sold the land and got fifty lakh rupees. Vibhuti and team hear this conversation and get ready to take the money from Amma. Next day when Amma comes home, Tiwari tries to make her aware of the income tax raid but the latter doesn’t listen to him. In fact, she keeps the bag with cash and challenges Vibhuti to take it from her. When Tika, Tilu, Malkhan and Vibhuti to try to take the bag, Amma starts beating them.

Later that day, David uncle comes home to meet Vibhuti but he ignores him. David tells Anita that he wants to buy a new flat in Kanpur.

In the preview of the next episode, Vibhuti and team hands over the cash to the income tax commissioner. Next day, Vibhuti learns that the person who met them as the commissioner was a thug.

Mahie Gill: Just Like Kesar From Fixerr, I Have Done A Lot Of Faux Pas In My Life