After meeting their respective Taujis, Vibhuti and Manmohan come to know about the enmity between their families. Watch the video here. 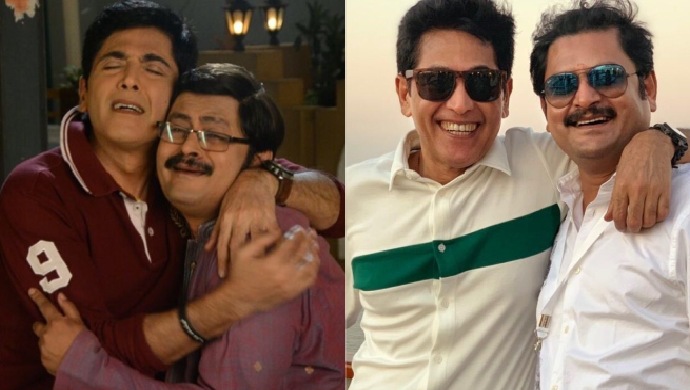 We are aware of the popularity of Bhabi Ji Ghar Par Hain as it completed 1000 episodes which in itself is proof of all the love and support it has received from the audience over the years. The show is mainly famous for the beautiful characters of Anita and Angoori bhabi, and the competition between Vibhuti and Manmohan to woo each other’s wives. Currently, on the show, we saw the beginning of a new friendship between Vibhuti and Manmohan. If you missed the show, then watch it below:

After Tantrik Baba settled the issue of soul swapping, both Manmohan and Vibhuti were happy to get back to their normal routine and decided to have drinks together. While having drinks, both of them bonded well and told each other that despite being stingy, selfish and greedy they are each other’s closest friends. The other day, Vibhuti’s Tauji comes to visit him and tells him that he was in jail for flirting with his enemy’s wife. At Tiwari’s house, Manmohan’s Tauji visits him too and tells him he too was in jail for a long time. Knowing about both the Tauji’s, Manmohan and Angoori invite Vibhuti and his Tauji for dinner. We thought that now there will be peace in the neighbourhood but that was just a calm before the storm. What took us by surprise was this promo of the upcoming episode, take a look at the promo below:

Will this enmity between the Tiwaris and Mishras ruin the new friendship between Manmohan and Vibhuti? Or will they convince their Tauji’s? Keep watching to know more.

Watch Uri: The Surgical Strike Based On the True Event Of Uri Attack