Here's how the cast and crew of Bhabi Ji Ghar Par Hain celebrated the show completing five years. Pictures inside. 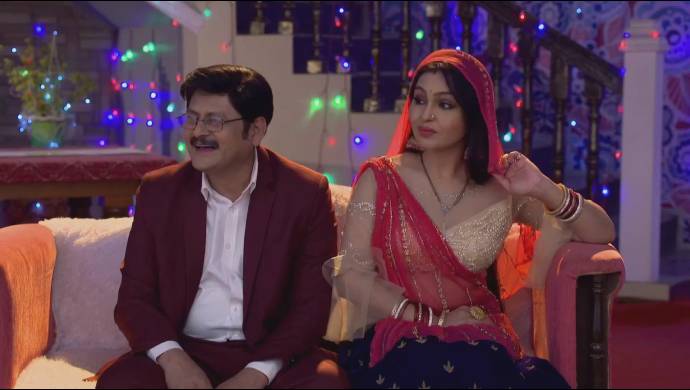 AndTV’s comedy-drama Bhabi Ji Ghar Par Hain has become a household name for audiences in India. The show recently completed five long years, that too without facing a dip in popularity. Produced by Benaifer Kohli and Sanjay Kohli, the show began in 2015. It revolves around two neighboring couples staying in Model Colony. The husbands are attracted to each other’s wives and desperately try to win them over. The show stars Aasif Sheikh, Rohitash Gour, Saumya Tandon, and Shubhangi Atre Poorey in lead roles.

The show and its characters have become very popular in a short span of time. The sitcom has also garnered widespread appreciation from both critics and viewers alike which is quite apparent if you follow the TRP charts. Be it the Bhabis Anita and Angoori, the flirty husbands Vibhuti and Manmohan, the troublesome trio Teeka, Tillu, and Malkhan, and absurdly funny side characters like Happu, and Saxena Ji, every character tickles the funny bone and how. Daroga Happu Singh became so popular that the producers decided to create a spin-off series Happu Ki Ultan Paltan on him. Interestingly, Bhabhi Ji Ghar Par Hain is also inspired by the classic comedy TV show Shriman Shrimati. Talk about stepping into the shoes and continuing the legacy!

Rohitash Gour aka our very own Manmohan Tiwari was ecstatic about the milestone and decided to celebrate the success by thanking the people involved. In this post that he put up on Instagram, he thanks the audiences without whom the grand journey of the show would have felt incomplete.

On the other hand, Shubhangi Atre Poorey posted a picture of the cake cutting ceremony that took place on the sets of Bhabi Ji. The cast and crew look delighted, as they celebrate the success of the show.

The show has now achieved a milestone by successfully running for five long years without any hiccups in the journey. The team has left no stone unturned to make sure that Bhabi Ji climbs up the graph to become the most popular comedy series on TV. It has been a tremendous journey over the years, so the team definitely deserves a shoutout for achieving such great heights! Hats off to everyone working both on and off-screen. Post your thoughts about the same in the comments section below.