The Bhabi Ji Ghar Par Hain actor got candid and revealed some exclusive details about his days as a student at National School Of Drama, Delhi 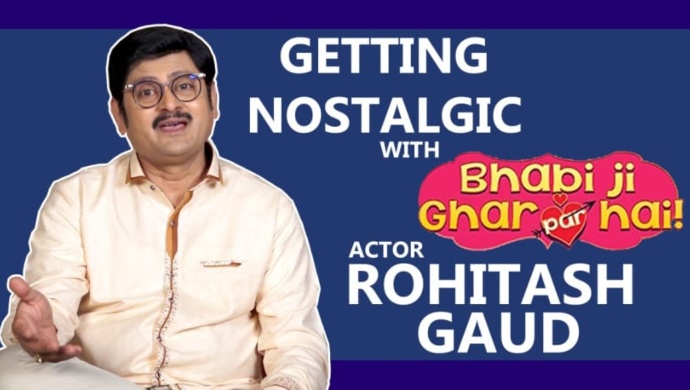 The &TV show Bhabi Ji Ghar Par Hain has been the audience favorite since a long time now. The show starring Aasif Sheikh, Saumya Tandon, Shubhangi Atre and Rohitash Gour in pivotal roles also has a spin off named Happu Ki Ultan Paltan which declares the popularity of the show and the way the audience consumes this daily dose of drama and comedy in a high amount! The show has a storyline which focuses on the meandering wishes of men and their fantasy of talking to other women and finding someone else’s wife much more attractive than their own! In the show, Vibhuti can be seen hitting on Manmohan’s wife Angoori while the latter has fallen for the ultra modern wife of Vibhuti, Anita. Rohitash who stars as Manmohan Tiwari and has managed to pull hearts with his acting got candid for ZEE5 in this exculisve chat! Find it below.

Rohitash got nostalgic about his days at the drama school at Delhi. He spoke about how he spent time with some great actors like Sanjay Mishra, Himanshu Dhuria, Nirmal Pandey and many more. He can be seen speaking about each of them at length. He says that Sanjay Mishra always had an eye for detail and the actor completely deserves the praises being showered upon him now.

Rohitash also said how the kind of education they received at the school helped them all become who they are today! He also revealed about the hunger strike at the school, he said they used to eat bananas stealthily during this phase. He shared how everyone helped Sanjay Mishra pass the school’s examination. Rohitash also revealed how Himanshu taught them smallest details of acting and the director has now become a big name in the industry.

Just Like Shri Krishna, Nirnay Samadhiya Is A Darling Of Both His Onscreen…

Shukranu Teaser: Divyenndu Sharma At The Centre Of A Satire About…

Watch the video and find out more details and revelations made by this actor! Also don’t forget to stream the actor’s show Bhabi Ji Ghar Par Hain only on ZEE5!

#Hacked: 10 Most Common Types Of Cyber-Crime Acts That You Need To Know About!

Exclusive! Here's Why Rahul Dev Believes 'Who's Your Daddy' Is A Family Entertainer